"The ICPC World Finals will undoubtedly be a rare experience — and afterward, a memory to carry for years to come."

“This is very exciting,” said Harold, a senior from Novi, Michigan. “The ICPC World Finals will undoubtedly be a rare experience — and afterward, a memory to carry for years to come.”

ICPC is the largest, oldest and most prestigious computer programming competition in the world. Last year, 13,422 teams from more than 2,700 schools and 102 countries competed for a spot in the World Finals competition.

The qualification comes after Cedarville’s strong performance in Cincinnati in October as part of a regional competition. The team placed sixth, ahead of larger universities like Purdue, Notre Dame, Ohio State, Penn State and Carnegie Mellon.

“Dr. Gallagher practically built the team and has heavily invested in us,” said Easterday, a senior from Largo, Florida. “He has consistently reminded us that our top priority is not to win or beat everyone else, but to faithfully represent Cedarville University – and by extension, God – in our words and actions.” 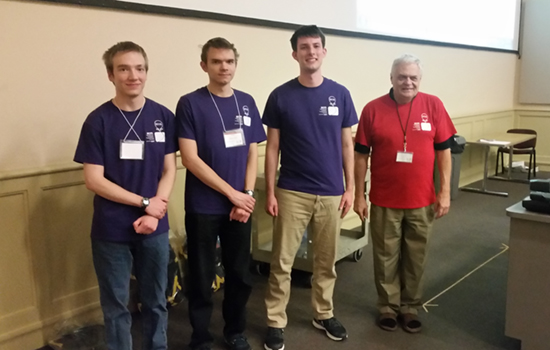 John Easterday, Nathan Harold and Timothy Smith (L to R) will compete in the ICPC World Finals in May 2017.