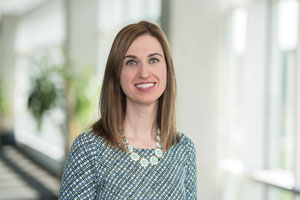 Aleda Chen, assistant dean of the Cedarville University School of Pharmacy and associate professor of pharmacy practice, was recently named a Fellow of the American Pharmacists Association (APhA). Chen will be recognized for this achievement at the APhA annual meeting in March 2020.

The APhA Fellow Award honors members for their outstanding professional achievements and service to the pharmacy profession.

“So many people have poured into me, and I want to give back."

According to Chen, she was nominated for this honor by the Academy of Pharmaceutical Research and Science (APRS) of APhA, of which she is a member.

Chen has contributed to the field of pharmacy through membership and leadership roles on numerous committees, publishing 49 research-based articles in peer-reviewed journals, and serving as an associate editor or on the editorial board of professional publications.

Recognition such as this adds to the already well-established credibility of Cedarville’s School of Pharmacy. “We have fellows from the American College of Clinical Pharmacy (ACCP) and American Society of Consultant Pharmacists (ASCP), and now I’m an APhA Fellow,” she said.

“I don’t want to do anything for the titles or recognition, but I want to help others,” Chen added. “So many people have poured into me, and I want to give back. And I have great people to work with — my colleagues here, my students, other professionals. I’m very blessed.”

Located in southwest Ohio, Cedarville University is an accredited, Christ-centered, Baptist institution with an enrollment of 4,380 undergraduate, graduate and online students in more than 150 areas of study. Founded in 1887, Cedarville is recognized nationally for its authentic Christian community, rigorous academic programs, such as its Doctor of Pharmacy program, strong graduation and retention rates, accredited professional and health science offerings and high student engagement ranking. For more information about the University, visit www.cedarville.edu.