Clem Boyd is an accomplished writer, editor, and communicator, having worked in advertising, healthcare public relations, newspapers, magazines, and online media since 1987. He has served as Managing Editor for Cedarville Magazine since 2014, and was named Communications Content Manager in February 2017. In addition to his duties with Cedarville Magazine, Boyd edits Inside View, supervises student PR writers; and handles various marketing and communication tasks.

Prior to Cedarville, Boyd worked for himself under Boyd’s Eye View Writing and Editing, and also served as an adjunct professor for Sinclair Community College. He has written or edited five nonfiction books, including his 2008 release, What Does God Want Me to Do? Learn from Others the Right Road for You.

Boyd has earned a number of writing awards, including honors from Thomson Newspapers, Associated Press, Ohio Newspaper Women’s Association, and the Evangelical Press Association (EPA). In 2016 and 2017, he received EPA Higher Goals in Christian Journalism awards for articles appearing in Cedarville Magazine.

Boyd earned his Bachelor of Science in journalism degree from Ohio University (1984) and his Master of Arts in biblical studies from Cincinnati Bible Seminary (1995). He has been married to wife Julia since 1990 and they have three children, David, Bethany, and Mark. 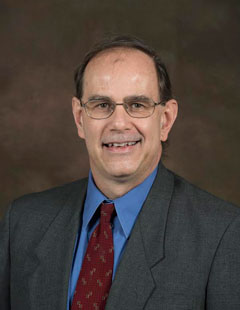