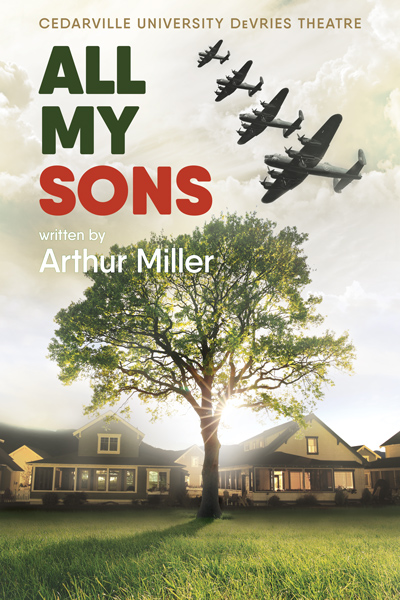 At the end of World War II, the Keller family is mourning younger son Larry, who has been missing in action and presumed dead. Older son Chris has returned home from military service and publicly acknowledges his feelings for Ann, Larry’s girlfriend. But mother Kate cannot accept that Larry is dead and believes that somewhere, somehow, her younger son is still alive. Joe Keller, the family patriarch, has been cleared of selling faulty aircraft parts that caused the deaths of 21 military pilots, while Ann’s father goes to jail for his part in covering up the faulty equipment. Despair sets in as the Keller family’s secrets begin to unravel, revealing the irresponsibility, guilt, and betrayal they kept hidden for so long. Tensions steadily grow as the past comes back to haunt the present with devastating results.