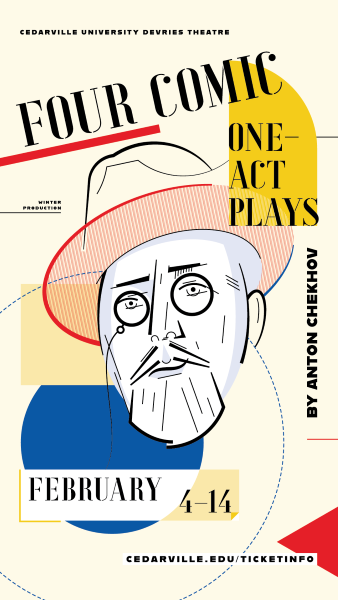 These fast-paced comedies have been collected to be performed together as one entertaining show. All rooted  in farce comedy, each explores the frustrating, exasperating, and fun-to-watch situations that happen to people in various social settings. The five short plays are “An Unwilling Martyr,” which presents an overburdened man dealing with ludicrous chores and obligations; “The Anniversary,” which takes a look at frenetic scenes at a bank; “The Wedding,” which depicts a social setting where the mother-of-the-bride causes some awkward but hilarious gaffes; “The Bear,” where a widow unable to pay her rent turns the tables on her landlord; and “The Proposal,” where a suitor winds up in a battle over property. The production will feature Russian music and dancing in a colorful and exciting show set in the social world of the 1890s.