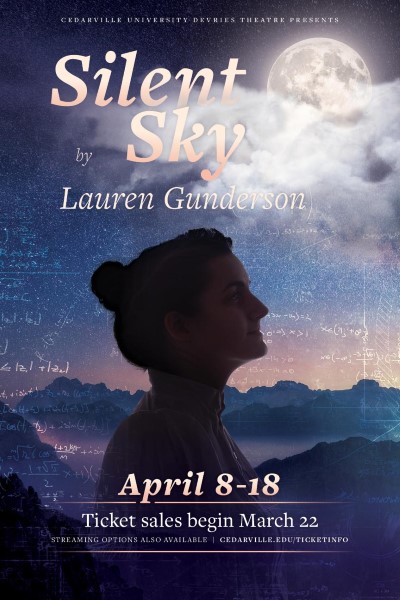 Henrietta Leavitt is excited to land a job at the prestigious Harvard Observatory in the early 1900s. Once on the job, she soon realizes she was not hired to be an astronomer, but to serve with a group of female “computers” who merely chart the stars for a man who thinks women are not worthy to be astronomers. Henrietta persists in making her mark within the astronomical society, but finds as she measures the light and distance of stars that she must also take measure of her life on Earth. As a result, she has to choose between her dedication to science, her family, or the possibility of love. Based on the true story of 19th-century astronomer Henrietta Leavitt, the play explores a woman’s place in society during a time of immense scientific discoveries, when women’s ideas were dismissed and credited to men in the field. Leavitt’s story changes the way we see and understand both the glory of the heavens and our purpose on the Earth.