Torah Scroll — A Resource for Teaching and Study

In April 2019, Cedarville University was honored to receive a Torah scroll, gifted by God’s Ancient Library, a nonprofit organization led by Ken and Barb Larson, owners of Slumberland Furniture.

The Torah scroll likely dates back from the late 17th century to early 18th century and comes from Eastern Europe. It was at one point used in a synagogue, but likely decommissioned due to fading ink.

Dr. Jason Lee explains the significance of Cedarville's Torah Scroll, gifted to the University by God's Ancient Library, and how it will be used as a teaching tool for students. 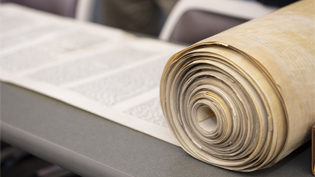 Learn More About the Torah Scroll 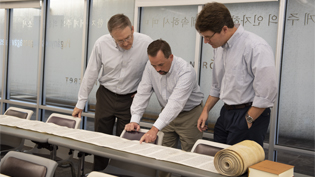 Take a look as faculty members and students examine the Torah Scroll.