Dr. Christine Kim is a native of South Korea. Before joining the academic world, she worked as an interpreter for Korean national and local governments and as a simultaneous interpreter in various settings. During her career as an interpreter, she worked closely with the former Mayor of Seoul and the Prime Minister of Korea. In that capacity, she met with many global leaders and celebrities, including U.N. Secretary General Kofi Annan, U.S. Vice President Al Gore, Jackie Chan, and governors and mayors of major capital cities around the world. She has also traveled extensively and engaged in various international affairs and activities. 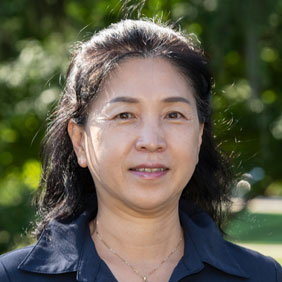