Diane (DeNicola) Orlofsky ‘78 is an experienced choral conductor, choral clinician, and music educator best known for her work with pre-service music educators. Dr. Orlofsky is Professor of Music and the Director of University Choirs and just completed her 30th year at TROY University. She has earned music education degrees from Cedarville University, Wright State University and Florida State University.  Dr. Orlofsky currently serves on the Alabama ACDA Board as the state Repertoire and Standards chair for Vocal Jazz and is also active in the National Association for Music Education (NAfME), the Jazz Educators Network, the Alabama Music Education Association, Phi Kappa Phi, and the American Association of University Women.

She has also received numerous awards for teaching, scholarship and service, including the Alabama Music Education Association Lacey Powell Outstanding Music Educator award (2016), the Wallace D. Malone, Jr. Distinguished Faculty Award (2014), the Wright State University Department of Music Outstanding Alumni Award (2003), the Phi Kappa Phi Distinguished Scholar award (1997), the Ingalls Award for Excellence in Classroom Teaching (1993), The Alabama Association of Teacher Educators Outstanding Teacher Educator Award (1991), and The Teacher of Excellence Award from Mortar Board. Additionally, her book, Redefining Teacher Education: The Theories of Jerome Bruner and the Practice of Training Teachers was published by Peter Lang Publishing in 2002 and her collaborative work, “The Art of Collaboration: a Joyous Exchange,” appeared at the Johnson Center for the Arts during the summer of 2015. She is currently writing a second book on Jerome Bruner and expanding “The Art of Collaboration” for an exhibit catalog.

In her own words, Diane reflects on her Cedarville experience: “I often say that I discovered my 'voice' at Cedarville, both literally and figuratively. While I highly value the top-notch music education I received at the ‘Ville, I think I equally value that I learned to think for myself there as well. I was encouraged to dig deep, challenged to think creatively and broadly, urged to make transfers, pushed to be the best I could be, and shaped to be a leader among my peers. The lessons learned prepared me to succeed in rigorous Masters and Ph.D. programs and still informs my teaching some 38 years later. I now pour into my students as so many did for me at Cedarville. I cherish the rigor I experienced in the classroom and private studios, the camaraderie I found in the ensembles (Concert Choir and 1977 Summer Swordbearers) and the freedom to sift everything through my Christian worldlife view and the filter of Scriptural truths. Jesus became very real and personal to me while at the ‘Ville and I will be forever grateful for my years there.” Diane Orlofsky ‘7 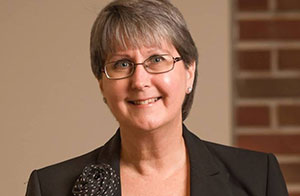