Studio Instructor for Music and Worship

Jerry Noble is an adjunct instructor of Percussion at Cedarville. Outside of Cedarville he is Director of Percussion at Wright State University, a member of the Dayton Philharmonic, a faculty member for the Masterworks Festival, and the Ohio Percussive Arts Society Chapter Vice President. He is also a performing artist/clinician for Zildjian, Pearl/Adams, and the D'Addario Company (Pro-Mark and Evans). Additionally, Jerry performs regularly throughout the region with his pop/jazz group "Moment's Notice."

He regularly performs as a percussionist with the Cincinnati Symphony and Pops, Indianapolis Symphony, Indianapolis Chamber Orchestra, Cincinnati Chamber Orchestra, and the Fort Wayne Philharmonic. He has also performed with the Alabama Symphony, Louisiana Philharmonic, New Mexico Symphony, Hunan Symphony (China), and the West Virginia Symphony. He has toured the Caribbean as a drummer for Princess Cruises and has served as percussion staff/arranger with the University of Cincinnati Bearcats Band. 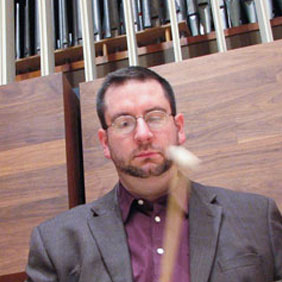