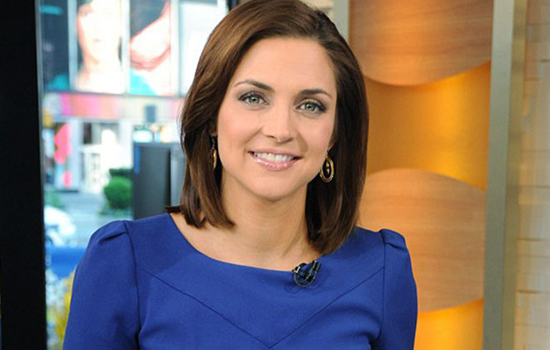 Friday, September 30, 2016
Cedarville University alumni will be honored this weekend during homecoming activities Sept. 30-Oct. 1. Headlining the award recipients is Alumna of the Year recipient Paula Faris-Krueger ’97, co-anchor of “Good Morning America” (GMA) Weekend Edition. She will be joined by Distinguished Educator of the Year award winners Dr. John Whitmore and Dr. Steven Gollmer, Young Alumni of the Year AJ ’07 and Alison Clemans ’10 and the Honorary Alumni of the Year, Phil and Pam Black.

"Cedarville not only provided the foundation of my career, it engrained in me the character and values I've needed to survive and thrive in both my professional and personal life."

Alumna of the Year

Faris-Krueger co-anchors GMA’s weekend edition and is a co-host of ABC’s “The View.” After graduating from Cedarville University with a bachelor’s degree in broadcasting with an emphasis in video media production, Faris-Krueger worked for TV affiliates in Dayton, Cincinnati and Chicago for over 10 years. She made her debut with ABC in 2012.

"Going back to accept this award at the place that saw the dream for me before I saw it myself is incredibly moving,” Faris-Krueger said. “Cedarville not only provided the foundation of my career, it engrained in me the character and values I've needed to survive and thrive in both my professional and personal life."

Distinguished Educator of the Year

Whitmore has been on the Cedarville University faculty as a professor of geology since 1991. Whitmore established the Bachelor of Science in geology and the Bachelor of Arts in geoscience programs, and in 2008, he received the “Cove Award” for providing outstanding academic support to Cedarville Students. He also received the 2007 Faculty Teaching Effectiveness Award and the 2008 Faculty Scholar of the Year.

Gollmer has served as professor of physics at Cedarville since 1994. Gollmer has held positions on the University Curriculum Committee, the University Tenure Committee and the Faculty Committee to the President. He has co-authored an earth science college textbook from a young earth perspective and regularly attends and presents at the Creation Biology Society/Creation Geology Society annual meetings.

“There are so many qualified and dedicated faculty members at Cedarville that being selected was unexpected,” Gollmer said. “What I love about Cedarville are the students and faculty with whom I serve. They have a desire to honor God and that refreshes me and motivates me.”

Young Alumni of the Year

After working at a Chick-fil-A restaurant as a means to fund his education, AJ Clemans fell in love with the organization and decided to pursue franchise ownership with the company. The couple traveled across the country as Chick-fil-A startup consultants before starting their own franchise in the Washington, D.C., area.

“We loved our time at Cedarville. Through service and leadership opportunities as students, we were able to learn valuable lessons that have guided us in our business,” said Alison Clemans.

Honorary Alumni of the Year

Phil and Pam Black have dedicated years of service to the Miami Valley area. Phil is the chairman of the mission committee at Patterson Park Church and a member of the board of directors for the One Bistro Ministry, the International Needs Ministry, the Gala of Hope and the Cedarville Pharmacy Advisory Council. He played a role in the School of Pharmacy’s recent full accreditation.

Pam taught for years at Kettering City Schools, where she has also served as a school volunteer, PTA president and co-founder of the Athletic Boosters Club. Pam has served her church in numerous ways and is currently a mom’s mentor at Miami Valley Women’s Center.