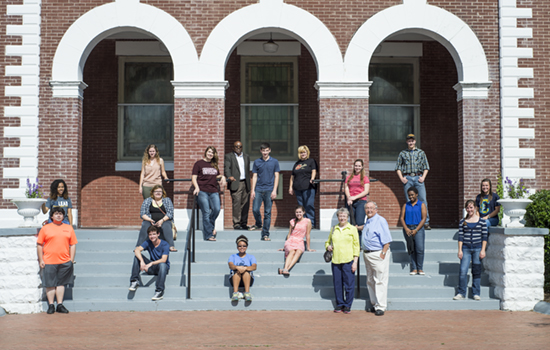 Tuesday, October 11, 2016
As the national spotlight rests squarely on conversations of continued racial reconciliation, Cedarville University is making sure its students are grappling with the important issue. On October 12, 17 Cedarville students will embark on a bus tour of historic locations associated with the civil rights movement. Rev. Greg Dyson, Cedarville’s director of intercultural leadership, and Dr. Murray Murdoch, senior professor of history, will be leading the tour.

The four-day event, which will also include members of Southgate Baptist Church in Springfield, Ohio, and First Baptist Church in London, Ohio, covers 2,000 miles and several stops, including the Edmund Pettus Bridge in Selma, Alabama, site of the 1965 “Bloody Sunday” voting march, and 16th Avenue Baptist Church in Birmingham, Alabama, where four young girls were killed in a 1963 bombing.

"The goal of this tour is for people to come away with more than a general understanding of history."

“The goal of this tour is for people to come away with more than a general understanding of history,” Dyson said. “We want them to develop an appreciation for what God has done, what God is doing and what we as the church should do.”

Cedarville University has offered the Civil Rights Bus Tour for the past 12 years, but recently adapted it to be offered in conjunction with a class on campus. Students are assigned readings to complete before the tour, and tour attendees will hear from Murdoch and Dyson at each of the locations. They also keep a journal of their reflections during the experience.

Senior psychology major Ashley Belles, of Rochester, New York, participated in the first official class in 2015. Belles has had a growing interest in social justice issues and marginalized groups and said she wanted to learn more about the history of the civil rights movement and how it has impacted the country.

“During this experience it became apparent to me that all the social issues weren’t just solved when the 1960s civil rights movement ended,” Belles said. “Even though I wasn’t a part of it then, I can still be a voice now.”

The 2016 Civil Rights Bus Tour is the first to include not only students but groups from local churches as well. Dyson said he is eager to see individuals of different ethnic backgrounds, age groups and genders come together for the unique experience.

Geraldt Stewart, a senior broadcasting and digital media major from Bridgeport, Connecticut, is one of the students going on the tour. Through the readings, lessons and firsthand experiences, Stewart hopes that he will gain a better understanding of history and how it impacts his generation today.