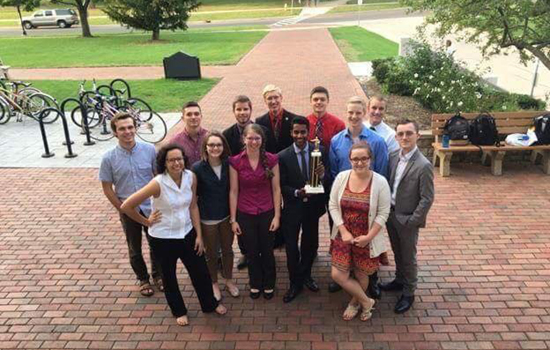 Leading the victorious effort were a pair of freshmen – Jeremiah Edwards and Caleb Jackson. Edwards, who is majoring in mechanical engineering, and Jackson, a political science major, won first place in the novice division. Junior Brandon Best, an English major, and sophomore Colby Johnson, majoring in economics, were semifinalists in the open debate category. Rebecca Murch, a freshman industrial design major, and Nathan Jessurun, a sophomore computer engineering major, were semifinalists in the novice division.

The debate team has ranked in the top 25 nationally the past three years and finished second in the nation for the 2013-14 season.