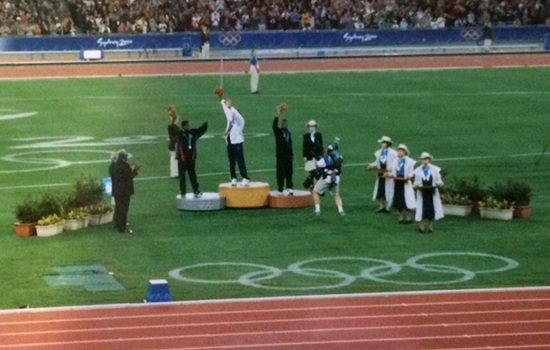 Hosting the Olympics: Behind the Scenes

Thursday, July 21, 2016
In August, more than 10,000 athletes from across the globe will compete on the world’s biggest stage at the 2016 Summer Olympics in Rio De Janeiro, Brazil. The International Olympic Committee estimates almost 480,000 tourists will make the trip to watch their favorite athletes represent their home countries.

But hosting an Olympic Games is no easy task, according Andrew Wonders, assistant professor of sports business management at Cedarville University. Wonders was part of the logistics team at the 2000 Summer Olympics in Sydney, Australia, and the 2002 Winter Olympics in Salt Lake City.


“There’s so much involved with hosting an Olympic Games, but the logistical side might be the most important because it’s what makes everything run smoothly.”


“Everyone tunes in for the two weeks of competition, but not many people really understand what goes on behind the scenes to make things run smoothly,” said Wonders. “You’re talking about an event that is several years in the making and has an incredible amount of moving parts.”

Host cities are selected seven years out, allowing time for improvements to infrastructure, construction of competition and housing structures and all other necessary planning. During the two years prior to the Olympics, the host city holds test events to help in its preparation.

“It’s helpful to have those test events, but nothing can prepare you for the real thing,” said Wonders. “Even at the test events, you aren’t trying to manage half a million athletes, media and spectators.”

During his stints at the Olympics, Wonders said that two “behind-the-scenes” items that stuck out were the International Broadcast Centre (IBC) and the storage and distribution network for supplies.

“The media contingent for a Winter Olympics is slightly smaller, but for the Summer Games there are between 20,000 and 30,000 media members in attendance,” said Wonders. “The International Broadcast Centre is a massive operation that’s really a venue unto itself.”

At nearly 300,000 square feet, IBC in Rio will include a post office, medical station, laundry facilities, a bank and even its own pharmacy. More than 700 volunteers are set to staff the IBC, which will operate 24 hours, seven days a week beginning on July 29.

With more than 30 competition venues at this year’s Olympics, the flow of supplies back and forth is also a major undertaking.

“Just think of the thousands of tables and chairs needed for that many people,” said Wonders. “Then you have food and apparel. There’s a lot of supplies that need to be purchased, stored and eventually liquidated after the Olympics are over.”

Prior to the Olympics, supplies arrive at a central warehouse location where they are screened and tagged by security. During the games, as supplies move from the warehouse to the competition sites, the logistics team is responsible for ensuring that the supplies delivered match the manifest supplied by the central warehouse.

“It’s a pretty elaborate and intensive process, and delivery vehicles are screened by security at the warehouse and once they arrive at the venue,” said Wonders. “If a truck comes in and something is in there that’s not on the manifest, or something is tagged improperly, the entire shipment might be rejected.”

Once the Olympics end, many of the supplies are liquidated by selling equipment such as tables and chairs to party rental companies and other businesses. Between the amount of spectators, athletes and media members, the number of volunteers needed to staff an Olympic Games is nearly 70,000 people.

“There’s so much involved with hosting an Olympic Games, but the logistical side might be the most important because it’s what makes everything run smoothly,” said Wonders. “It’s probably also the side that goes the most unnoticed by fans, but without it, the Olympics would be utter chaos.”