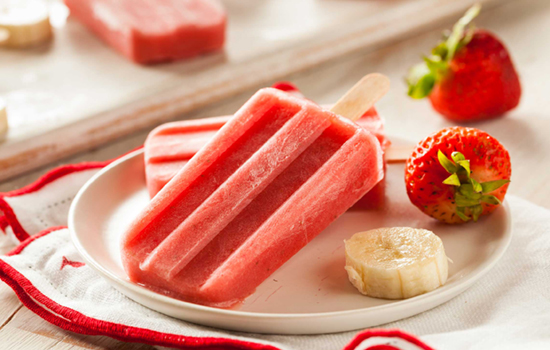 Friday, November 18, 2016
She may only be a few months removed from college life, but 2016 Cedarville University graduate Katie Wormald is taking on a job some wait years to inherit. She’s the managing partner of Nellie’s Natural Ice Pops, a startup ice pop company headquartered in Columbus, Ohio.

Wormald, who studied business management, was hired last summer as an intern by 2009 Cedarville graduate Jesse Lear, the original founder of Nellie’s. After working at Nellie’s for 12 weeks, Wormald accepted an opportunity from Lear to move to Columbus and focus on the startup full-time – this time as managing partner. This allowed Lear to focus on his other three companies.

"Nellie's is more than a delicious ice pop; it's an experience in living life to the fullest."

It’s been a perfect match for Wormald and Lear.

Lear, one of Cedarville University’s 2015 Young Alumni of the Year recipients, got the idea for the business while living with his grandma, Nellie Dotson. Dotson would often talk about the ice pops she had in her youth and the joy she got from riding with her dad to the local market to purchase them. The memories inspired Lear to launch Nellie’s Natural Ice Pops in 2015.

“From the beginning, Lear’s dream with Nellie’s was to inspire people by drawing out the rich experiences in life,” said Wormald. “He literally gifted me a growing company, and in the business world, that is incredibly rare.”

Wormald is now the face of Nellie’s and is working to grow the business. Nellie’s pops are currently sold in four permanent local retailers, and Wormald is in talks with Kroger, Whole Foods and City Barbecue to bring gourmet ice pops to their stores.

Eventually, Wormald plans to open her own retail location where she will offer fans of the frozen treats dozens of gourmet flavors in a fun, heartwarming environment. “Nellie’s is more than a delicious ice pop; it’s an experience in living life to the fullest ” said Wormald. “I want to give that experience to as many people as possible”.