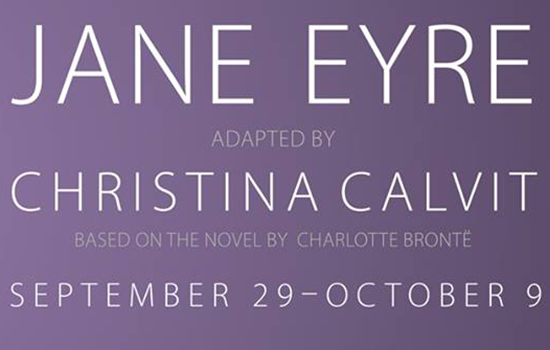 Tuesday, September 27, 2016
Cedarville University’s theatre department presents “Jane Eyre,” which will run through Oct. 9 in the DeVries Theatre. Tickets are on sale now and can be purchased online.

In the Christina Calvit stage adaptation of Charlotte Bronte’s famed novel, orphaned Jane Eyre overcomes her early abusive and lonely experiences to become an accomplished governess at Thornfield, the mysterious home of Mr. Rochester. She is drawn to the master of the house, but their future is destroyed by a secret from his past – a secret that also forces Jane to flee Thornfield into poverty and illness. Eventually, Jane is able to find family, wealth and love, but not without a cost.

“Anyone who is a fan of the novel will really like the play.”

Dr. Diane Merchant, production director and professor of theatre at Cedarville University, hopes that through this performance, the audience will come to understand the power of true love even when encountering significant obstacles.

“I’m very excited about the cast,” Merchant added, “because there are a lot of people who are new to the program and haven’t had a role on stage before.”

Senior theatre and English double major from Chillicothe, Ohio, Alana Perry, will play the lead role of Jane in the production, and is excited to open up the production schedule and show the audience how well the play reflects the book.

“Anyone who is a fan of the novel will really like the play,” Perry said.

Nathan Robertson, sophomore broadcasting and digital media major with an emphasis in film from Louisville, Kentucky, plays Edward Rochester in the production and has been a longtime fan of the story.

“’Jane Eyre’ has always been one of my favorite books,” he said, “so it’s a privilege to be able to play this character that I thought was so cool when I was younger.”

Cedarville University’s theatre department is known for its often sold-out, award-winning productions, and received 17 DayTony awards for the productions in its 2013-2014 season.