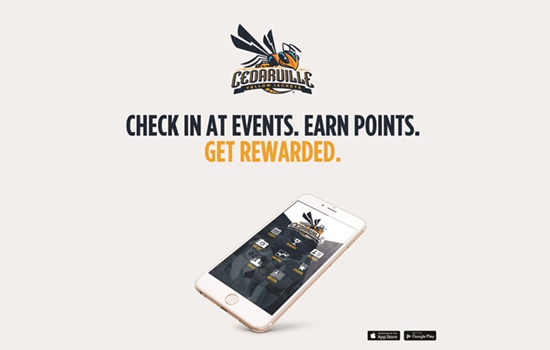 Fans earn points by checking into the app for each athletic event they attend, as well as participating in fan polls at these events. Points can be spent on rewards, ranging from Cedarville hats and T-shirts to discounts at local restaurants like Chick-fil-A, Rudy’s Smokehouse and Olive Garden.


"We talk a lot around this campus about having a vibrant community, and we think sports play an important part in that."

Team rosters, a schedule of athletic events and a fan cam are also included on the app to help increase student engagement with Cedarville athletics.

The goal of the app is to generate enthusiasm and school spirit, encouraging people to get excited about the sports teams at Cedarville, explained Stephanie Zonars, assistant athletic director for marketing and sponsorships.

“We talk a lot around this campus about having a vibrant community, and we think sports play an important part in that,” Zonars said. “We want to make it fun to come to games and engage.”

The app can be downloaded on Google Play or the App Store by searching “CU Jackets.”