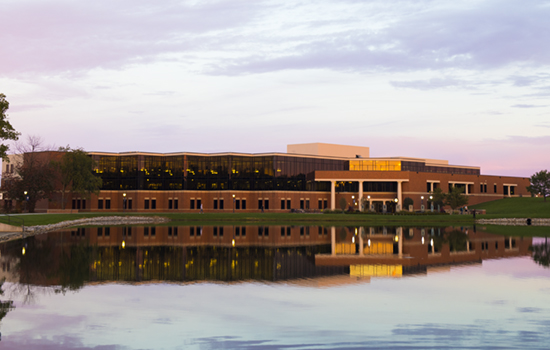 Board of Trustees Convenes for Spring Meeting

Tuesday, May 16, 2017
At its May 5 meeting, Cedarville University’s Board of Trustees approved the appointment of Thomas Mach, Ph.D., as vice president for academics; confirmed five faculty appointments; welcomed two new trustees; and approved a concealed carry policy for the campus as provided by Ohio Senate Bill 199. The concealed carry policy will take effect August 1, 2017.

Mach, a 1988 graduate of Cedarville University, returned to his alma mater in 2000 as a faculty member in the department of history and government. He became chair of the department in 2009, a position he held until assuming the assistant vice president for academics role in 2016.

Mach has held multiple faculty leadership positions on campus, including leading the self-study team for the university’s successful reaccreditation in 2007, and in 2015, chairing the strategic planning committee, in which he surveyed current literature on the landscape of higher education, performed a SWOT analysis on the university, and wrote the strategic plan. Mach was selected the “Faculty Member of the Year” in 2009.

He earned a master’s degree from Cleveland State University in 1989 and his doctorate from the University of Akron in 1996. Mach replaces Lt.  Gen. (Ret.) Loren Reno, who will move into the role of senior advisor to the president at the close of the 2016-17 academic year.

In a statement from the trustees upon accepting Reno’s resignation, William K. “Chip” Bernhard, chairman, commended Reno for his excellent leadership both as vice president for academics and formerly as dean of the School of Business Administration. Bernhard cited Reno’s ability to ensure that the doctoral integrity of Cedarville University and his strengthening of the academic division through unity, vision casting, and his personal integrity and transparency.

James Hilton and Charles Peterson were approved and welcomed to the board as new trustees. Hilton, who earned his doctoral degree in systematic theology from Southeastern Baptist Theological Seminary and a bachelor’s degree in business and organizational communication from the University of Central Florida, is the lead pastor at The Journey in Orange City, Florida. He and his wife, Shana, have four children.

Peterson earned a master’s degree from Purdue University and a bachelor’s degree in mechanical engineering from Rose Hulman Institute of Technology. He currently serves as the project manager for Peterson Engineering in Brownsburg, Indiana. Peterson and his wife, Anita, have three children, all of whom graduated from Cedarville University.

Bennett earned his doctoral degree from Southeastern Baptist Theological Seminary in Wake Forest, North Carolina. He also holds a master’s degree in intercultural studies from Cambridge English Center in Bournemouth, England, and a bachelor’s degree in mass communication from Winona State University. Prior to joining Cedarville University’s faculty, he was the associate cluster leader for the international mission board.

Richard K. Melson, Ph.D., vice president for advancement, and Janice L. Supplee, Ph.D., vice president for marketing and communications, were given faculty status in the School of Business. Melson received his doctoral degree in leadership from Dallas Baptist University, while Supplee earned her doctoral degree in educational leadership and higher education from the University of Nebraska-Lincoln.

Culminating a thorough review and research process made possible by a new Ohio law granting authority to university boards to implement campus concealed carry policies, Cedarville’s board “authorized the President to grant permission to faculty, staff and trustees with concealed carry licenses to carry a concealed handgun on campus under approved terms and/or conditions consistent with state law.”

The president and administration will finalize the concealed carry procedures this summer, and the policy takes effect August 1.

Finally, the Board heard updates on Jenkins Hall, a new female residence that is scheduled to open in August, and saw the design of the university’s updated logo.