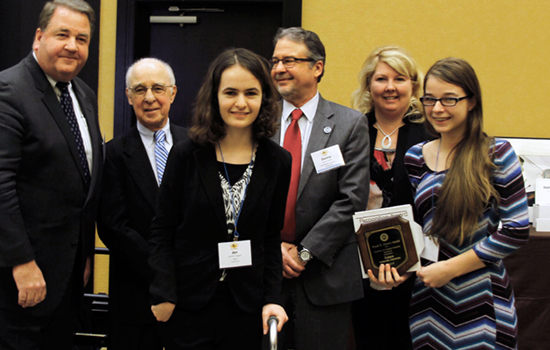 Even though this is its fifth General Excellence Award, this was Cedar’s best showing at the competition. Cedars won six first place awards and placed in all 10 competition categories, sweeping all three spots for best multi-media package.

"It's important to work for a newspaper with a proven record of success. The awards show the high-quality education that journalism majors and other media students receive at Cedarville."

Under Dembowski, the student-reporters planned, wrote, edited, photographed and produced the award-winning newspaper. Assistant professor of journalism and faculty adviser for Cedars Jeffery Gilbert knows that collaboration among students led to the paper’s success.

“The students work hard to put out the best product they can. They learn and work together well,” said Gilbert. “Success is the hard work, time and team-effort they put into the paper.”

Cedars editor Jennifer Taggart recognizes the significance of the paper’s success. She noted, “It's important to work for a newspaper with a proven record of success. The awards show the high-quality education that journalism majors and other media students receive at Cedarville.”