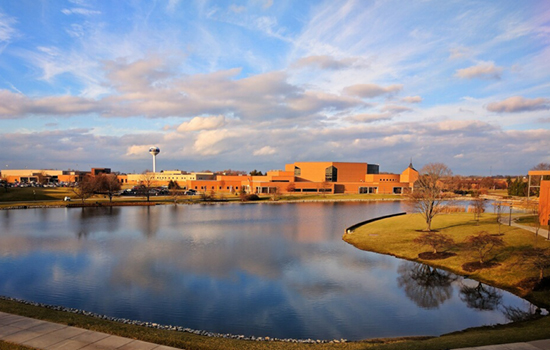 Thursday, February 2, 2017
Cedarville University’s Board of Trustees agreed at its January meeting to seek approval from the Ohio Department of Higher Education and the Higher Learning Commission on a proposal to offer a Bachelor of Science in Civil Engineering (B.S.C.E.). Cedarville currently offers degrees in mechanical, electrical and computer engineering — all accredited by the Accreditation Board of Engineering and Technology (ABET). More than 450 students are studying in the School of Engineering and Computer Science, making it the second largest academic unit on campus.

The Trustees were also updated on the successful completion of the Jeremiah Chapel $3 million renovation and expansion campaign. The campaign generated the highest number of donors for a single project in the university’s history.

In other actions, the trustees approved the 2017-18 budget, elected a new board member, approved faculty hires, promotions, and emeritus status for retiring faculty members, and affirmed a change in Cedarville’s Bible minor.

“With an increase in financial aid and the addition of three-year degrees, we believe we are making college more manageable for those who want an excellent education from a distinctly biblical worldview.”

In addition, the university is preparing to launch academic programs that can be completed in three years. The new accelerated programs are intended to help students save money on their overall college costs as well as enter the workforce and earn a salary one year sooner.

“In a time where college affordability is a national talking point, we’ve worked diligently to create a budget that helps to make a Cedarville education more affordable,” said Thomas White, president of Cedarville University. “With an increase in financial aid and the addition of three-year degrees, we believe we are making college more manageable for those who want an excellent education from a distinctly biblical worldview.”

John K. Tarwater, Ph.D., assistant professor of business, earned his doctoral degree in ethics from Southeastern Baptist Theological Seminary and is in process of completing a doctoral degree in business and finance from the University of Texas Rio Grande Valley. Most recently, Tarwater served as vice president of administration and chief financial officer at Rio Grande Bible Seminary.

David Peters, Pharm.D., will join the school of pharmacy as assistant professor of pharmacy practice. He earned his doctoral degree in pharmacy from Ohio Northern University in 2016. Since his graduation, he has worked at the University of Cincinnati Medical Center. Peters’ areas of expertise include rural health, ambulatory care, community pharmacy and geriatrics.

Zachary Bowden, Ph.D., executive assistant to the president and assistant professor of theological studies, earned his doctoral degree in church history and historical theology from Southwestern Baptist Theological Seminary. He came to Cedarville University in 2013.

Kenneth David Bane was also added as the newest member of the board of trustees. Bane, a 1986 graduate of Cedarville, is the former owner of Tom Raper, Inc., Richmond, Indiana. Prior to owning Tom Raper, he served as general manager for the large RV dealer from 1999-2002 and was vice president of institutional client services for Fifth Third Bank from 1992-1999.

The first course of Cedarville’s five-course Bible minor, completed by all bachelor’s degree-seeking students, has been updated and renamed as The Bible and the Gospel. The Bible minor – a Cedarville distinctive throughout its history – equips students with knowledge of biblical truth and a passion to apply and share the Gospel.