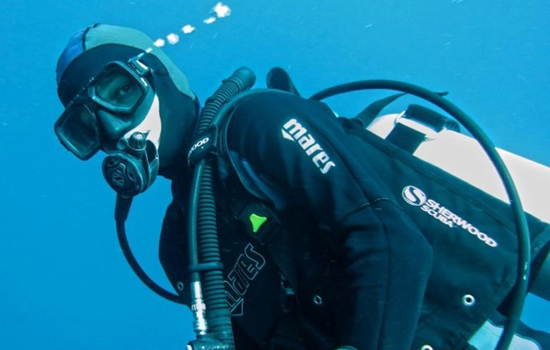 Wednesday, March 22, 2017
Cedarville University’s Department of Science and Mathematics is committed to equipping students to thrive in the classroom and beyond. Graduates Madison Lawrence and Christian Hayes are two former students who are thriving in their professional fields after, and even before, graduation.

Madison Lawrence, a 2009 biology graduate, has been a zookeeper in the Columbus Zoo and Aquarium for nearly five years. Lawrence is responsible for the daily husbandry and medical care of more than 130 animals in the zoo’s “Heart of Africa” exhibit.

When she is not interacting with the animals, Lawrence participates in global conservation efforts by raising public awareness.


"The classes and discussions I had at Cedarville provided me with a foundation of knowledge and the critical-thinking skills necessary to talk about the connections between faith and science."

“I really enjoy informing people on the value of sustaining these species, the challenges they face in the wild and what they can do to help make a change that will benefit these animals,” stated Lawrence.

One of Lawrence’s most memorable learning experiences at Cedarville was researching prairie restoration with a professor. She appreciated that these hands-on experiences allowed her to explore science beyond textbooks.

“Cedarville University taught me discipline in my studies, it taught me out-of-the-box thinking and problem-solving skills and it created a base of knowledge that I could build upon,” said Lawrence.

Hayes stated that his classes at Cedarville gave him a broad science foundation and equipped him with important tools for research. The academic rigor of his classes enabled him to excel in graduate school.

“The classes and discussions I had at Cedarville provided me with a foundation of knowledge and the critical-thinking skills necessary to talk about the connections between faith and science,” said Hayes.

A highlight of Hayes’ time at Cedarville was conducting independent research with other Cedarville environmental science students during his junior year. With the guidance of a professor, they were able to present their research at a conference for the Ecological Society of America.

“It is only because of the high-quality instruction and the meaningful relationships that I formed while at Cedarville that I am where I am today,” stated Hayes.