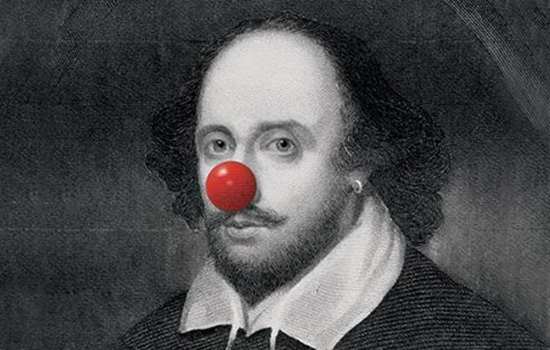 Friday, March 24, 2017
Cedarville University Theatre will open its spring production of “The Complete Works of William Shakespeare (Abridged) [Revised],” produced by special arrangement with Broadway Publishing, on Thursday, March 30, in the DeVries Theatre. The show will run through April 9. Tickets are on sale now and can be purchased at cedarville.edu/ticketinfo.

“The Complete Works of William Shakespeare (Abridged) [Revised]” takes the audience through all of Shakespeare’s histories, comedies and tragedies in a fast-paced and comedic show.


"The audience members will have the best time in the most unexpected ways."

“This show is full of color and fun,” said Dr. Diane Merchant, professor of theatre, who is directing the production. “There are some real acting challenges in this production, but the actors are doing a very creative job of giving structure to the performance. The audience members will have the best time in the most unexpected ways.”

“The rehearsal process for this show is the most interesting one I've ever been through,” said Jeremy Smith, a sophomore theatre performance major from Cedarville, Ohio, who plays a character in the production.

“Because of the more improvisational comedic nature of the show, each rehearsal feels like a brand-new experiment of what humor we can bring out of this already funny script. It's such a collaborative effort of the whole cast and director, and it's so much fun trying to figure out what works and what doesn't, with hopes that the end product will be the most entertaining show we can put on for the audience.”

“You would never find such a unique play experience anywhere else,” said Ranae Haskins, a sophomore theatre performance major from Marengo, Illinois, who plays another character in the production. “The performance will be different every night because of its impromptu nature. This spoof on Shakespeare's characters is ridiculously grand.”