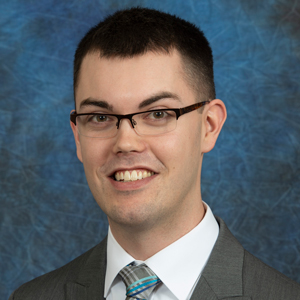 “Receiving this award has been a true honor for me. I’m so thankful for the Christ-centered education I received during my eight years at Cedarville,” expressed Nicholls. “Even as a student, I was challenged to serve and give back through working directly with incredible professors and ministry leaders.

"I’m so thankful for the Christ-centered education I received during my eight years at Cedarville.” 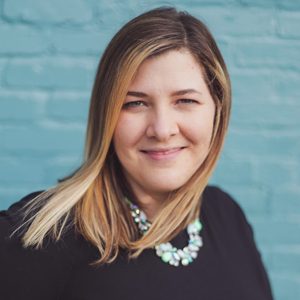 “These experiences taught me that our work is completely empty without Christ. In the coming years, my prayer is to continue serving in the local church and sharing my faith wherever I am to further the cause of Christ.”

The Alumni Award for Excellence in Missions and Ministry is given to an alumnus for their ongoing contribution to ministry and missions after leaving Cedarville. Nicholls was nominated for this award after serving as lead pharmacist on two medical mission trips with Caring Partners International, a nonprofit organization that seeks to provide underserved communities with medical supplies and education.

Nicholls’ first trip was to Veramina, Guatemala, in February 2017 and the second was to a new Caring Partners site in Santa Cruz Naranjo, Guatemala, in December 2018.

The Alumni Award for Excellence in the Profession is given to an alumnus who has significantly contributed to the pharmacy profession as a whole. Chambers was nominated for this award after she led her team as a pharmacy manager at C.S. Mott Children's Hospital through significant changes related to the United States Pharmacopeia (USP) 797 standard, which was updated earlier this year.

The Alumni Award for Excellence in Education is given to an alumnus who has dedicated their career to impacting the education of future pharmacists. Sibbitt was nominated for this award after initiating a leadership role in the Dayton IPE Consortium, the Miami Valley’s interprofessional education program, through her position at Cedarville.

“I am extremely humbled to be this year's recipient of the Alumni Award for Excellence in Education,” said Sibbitt. “As a student, I had the opportunity to be shaped by the school of pharmacy faculty, many of whom are now my colleagues, and now I have the privilege of being one of these faculty members myself.”

“Working with our students, helping them navigate the world of healthcare as a believer, is one of the best parts of being on faculty here and I wouldn't trade it for the world,” she continued. “Academia is challenging, but I am so grateful God led me back to Cedarville.”

Located in southwest Ohio, Cedarville University is an accredited, Christ-centered, Baptist institution with an enrollment of 4,380 undergraduate, graduate and online students in more than 150 areas of study. Founded in 1887, Cedarville is recognized nationally for its authentic Christian community, rigorous academic programs, including its Doctor of Pharmacy program, strong graduation and retention rates, accredited professional and health science offerings and high student engagement ranking. For more information about the University, visit www.cedarville.edu.