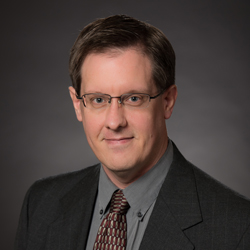 Although many know his name, few know the significance of Winston Churchill’s contributions to America outside of the events during World War II.

To help people learn more about Churchill’s accomplishments, Dr. Justin Lyons, associate professor of political science, will share stories of the influence and relevance of Churchill in America on Thursday, March 28, in the Center for Biblical and Theological Studies. The event is free and open to the public.

Lyons has taught courses on ancient and modern political thought, Winston Churchill and ancient, medieval and military history. In addition to numerous articles and book reviews on Winston Churchill, he is the author of “Alexander the Great and Hernán Cortés: Ambiguous Legacies of Leadership” (Lexington Books, 2015).

“Churchill had a lifelong fascination and relationship with America."

Lyons wrote his doctoral dissertation on Churchill, as well as numerous articles for The Heritage Foundation and Hillsdale College.

Churchill is most well known for his efforts during WWII to cultivate a special relationship between America and Britain as allies. “Throughout his lifetime, Churchill visited the U.S. 16 times, each time significantly contributing to our political state,” Lyons said. “He gave an incredibly influential speech to the joint session of Congress just after Pearl Harbor in 1941.”

“Churchill had a lifelong fascination and relationship with America. He had a lot to say about America’s role in the world; it was and is now one of the most prominent countries in terms of strength and power to effect good,” continued Lyons. “Churchill strongly believed that Americans ought to interact with the rest of world in a manner that promulgates liberty.”