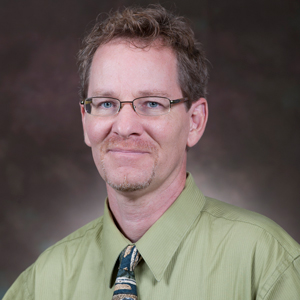 The U.S. Department of State and the J. William Fulbright Foreign Scholarship Board are pleased to announce that Dr. John Mortensen of Cedarville University has received a Fulbright U.S. Scholar Program award to Lithuania in the discipline of music.

Mortensen is internationally recognized as a leader in the revival of historic keyboard improvisation. His students include faculty from leading music conservatories around the world. He will concertize, lecture, and research at the Lithuanian Academy of Music and Theatre and throughout the county as an artistic ambassador on behalf of the American people.

Over the next five years, the Fulbright Specialist program will sponsor him to perform and teach at universities internationally.

Dr. Mortensen is one of over 800 U.S. citizens who will teach, conduct research, and/or provide expertise abroad for the 2019-2020 academic year through the Fulbright U.S. Scholar Program. Recipients of Fulbright awards are selected on the basis of academic and professional achievement, as well as record of service and demonstrated leadership in their respective fields.

Dr. Mortensen is internationally recognized as a leader in the revival of classical improvisation, the system of musical thinking that allows performers to create complex works in real time. In concert Mortensen regularly improvises complete fugues and other pieces in 18th century styles. He appears frequently as a concert artist and masterclass teacher at colleges and universities in the USA and overseas.

His recent book, “The Pianist’s Guide to Classical Improvisation,” is the only comprehensive, modern method on classical improvisation for the advanced pianist. His publications appear in International Piano, Clavier, College Music Symposium, Piano Pedagogy Forum, and American Music Teacher.

He holds National Certification in Piano through the Music Teacher’s National Association, is endorsed as an Ohio Artist on Tour through the Ohio Arts Council, and was recently recognized as an Excellence in Education honoree by the Ohio Senate. In 2015 he was selected for the Fulbright Specialist Roster by the U.S. Department of State. Over the next five years, the Fulbright Specialist program will sponsor him to perform and teach at universities internationally.

A Steinway Artist, he serves as Professor of Piano at Cedarville University. In 2016 he was named Faculty Scholar of the Year.

About the Fulbright Program

The Fulbright Program is the U.S. government’s flagship international educational exchange program and is designed to build lasting connections between the people of the United States and the people of other countries. The Fulbright Program is funded through an annual appropriation made by the U.S. Congress to the U.S. Department of State. Participating governments and host institutions, corporations, and foundations around the world also provide direct and indirect support to the Program, which operates in over 160 countries worldwide.

Since its establishment in 1946 under legislation introduced by the late U.S. Senator J. William Fulbright of Arkansas, the Fulbright Program has given more than 390,000 students, scholars, teachers, artists, and professionals of all backgrounds and fields the opportunity to study, teach and conduct research, exchange ideas, and contribute to finding solutions to shared international concerns.

Fulbrighters address critical global challenges in all disciplines, while building relationships, knowledge, and leadership in support of the long-term interests of the United States. Fulbright alumni have achieved distinction in many fields, including 59 who have been awarded the Nobel Prize, 84 who have received Pulitzer Prizes, and 37 who have served as a head of state or government.

Located in southwest Ohio, Cedarville University is an accredited, Christ-centered, Baptist institution with an enrollment of 4,193 undergraduate, graduate and online students in more than 150 areas of study. Founded in 1887, Cedarville is recognized nationally for its authentic Christian community, rigorous academic programs, strong graduation and retention rates, accredited professional and health science offerings and high student engagement ranking. For more information about the University, visit www.cedarville.edu.