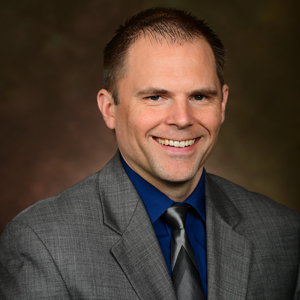 The winning piece, “Dracula: Bloodlines,” is a commissioned 90-minute work for the Dayton Performing Arts Alliance. Jaquith was approached by Karen Russo Burke, artistic director of the Dayton Ballet, to create an orchestral score to bring the ballet to life.

“Dracula: Bloodlines” has had two performance runs, and will likely return in future seasons. “It is pretty inspiring to watch around 1,000 people walk in, enjoy the show, and walk out,” said Jaquith after watching the performance of “Dracula: Bloodlines.” “Every moment of sound they experienced was something I created.”

The score creates a vivid, thematic sound that is brought to life with the expressive and dramatic choreography of Burke. There are two different styles of music in the score that reflect two time periods. The first half features a more romantic-era sound, whereas the last half is more minimalistic and modern. “‘Dracula: Bloodlines’ is a highly accessible work that synthesizes several stylistic directions to create a unique and powerful experience,” Jaquith said.

The American Prize is a national competition in the performing arts recognizing the best in American composition, performance and conducting each year.

"I'm really grateful for this recognition and thankful for the encouragement it has been. As a composition teacher, it is nice to be able to show and not just tell," explained Jaquith.

Jaquith has previously been recognized by the American Composers Orchestra in their Earshot Readings, The Ohio Music Teachers Association as their distinguished composer in 2015 and by the Christian Worldview Film Festival for his scoring in the comedy short “Wink at Me.”

Jaquith has been teaching at Cedarville University for 10 years in music composition, theory and production. Working on “Dracula: Bloodlines” incorporated all of these skills, he said.