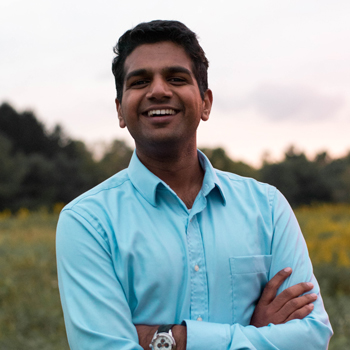 Summer internships are a common experience for college students. But very few students have the opportunity to intern with the United Nations (U.N.).

Cedarville University freshman Rufus Mathew of Bahrain will intern at the U.N. this summer, beginning June 27 and finishing July 26. During his four-and-a-half weeks in New York City, Mathew will attend open meetings of the U.N. Security Council and U.N. General Assembly; meet with organizations connected to the U.N., such as the United Nations International Children’s Emergency Fund and the World Health Organization; and interact with ambassadors and U.N. officials.

“That’s a calling I’ve received to represent Christ well on an international stage.”

As a high school student, Mathew had applied for the internship three years in a row. He was never offered a position, until this year.

“This is an amazing opportunity,” Mathew said. “The U.N. is where people meet from all over world— private citizens like Bill Gates, presidents and prime ministers. This is an opportunity to talk with these people and represent what I’ve been learning in my classes at Cedarville.”

“I want to be a living testimony for Christ,” he added. “That’s a calling I’ve received to represent Christ well on an international stage.”

Mathew, whose family is originally from Pathanamthitta, India, will join 17 college students from around the United States and across the globe for this very selective opportunity. Students participating include undergraduates from Yale; Duke; Georgetown; University of California, Berkeley; Princeton; and Delhi University in India, among others.

The cost of the program is $2,200, which will be covered by a scholarship from the Temple of Understanding (TOU), a nongovernmental organization attached to the U.N.TOU seeks to promote social justice around the world.

Mathew is a member of Cedarville’s Model U.N. team, which was honored last month as an Outstanding Delegation at the national competition in New York City.

“Rufus is the first freshman I’ve ever selected for Model U.N. in the history of the program,” noted Glen Duerr, associate professor of international studies at Cedarville and coach to the Model U.N. team. “This is an outstanding opportunity for Rufus. As a computer science major with significant ability in international studies, he really is an exceptional candidate. His intellectual dexterity is part of the reason I believe he was chosen.

“He’s very knowledgeable on one hand, and also likeable. He’s a quality young man across the board.”

Mathew intends to specialize in cybersecurity as part of his computer science program, with a minor in economics. After graduation from Cedarville, Mathew plans to pursue a career at the U.N. working on relief initiatives, such as refugee crises.

“I’ve talked to diplomats back home in Bahrain,” he said. “Every day is a new challenge, and sometimes it’s never been done before. You are on the frontlines of helping humanity, no matter their color, language, caste, or creed, and that’s really special.”

Prior to beginning his U.N. internship, Mathew will attend an invitation-only American Enterprise Institute Values and Capitalism Conference in Washington, D.C. June 20-22. This conference offers an opportunity for Christian college professors and students to interact with policy makers in the area of free enterprise.

Located in southwest Ohio, Cedarville University is an accredited, Christ-centered, Baptist institution with an enrollment of 4,193 undergraduate, graduate and online students in more than 150 areas of study. Founded in 1887, Cedarville is recognized nationally for its authentic Christian community, rigorous academic programs, including its master’s in cybersecurity program, strong graduation and retention rates, accredited professional and health science offerings and leading student satisfaction ratings. For more information about the University, visit www.cedarville.edu.