Showing Love on the U.S.-Mexico Border 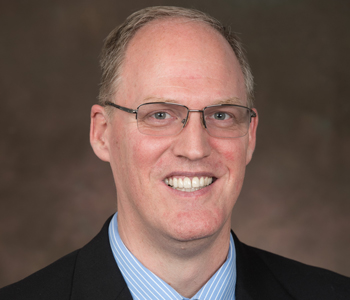 Illegal immigration is at the forefront of today’s news and political debates, and for many Americans that’s all it is, talk. But for those living in cities by the Mexican border, immigration becomes much more real.

For years, Dr. John Tarwater, assistant professor of finance at Cedarville University, lived and worked in the McAllen, Texas, a predominantly hispanic community along the U.S.-Mexico border. He served as vice president at Rio Grande Bible Ministries and the ministry’s college, El Seminario Bíblico Rio Grande.

In 2014, when illegal immigration spiked, Tarwater witnessed the effects of thousands of illegal immigrants coming across the border at McAllen, and he saw the detention centers overwhelmed. Tarwater also noticed a difference in the type of immigration happening in McAllen.

“The illegal immigration we see today is more akin to what we historically saw in some African countries,” explained Tarwater. “It isn’t a few people from Mexico crossing the border to find work. Instead, it is massive groups seeking to escape from some type of gang and drug warlord from El Salvador, Honduras, Guatemala and many other countries in Central America. And it isn’t just men anymore, but families with children that are 6 years old.”

Quickly, Tarwater and his colleagues at Rio Grande Ministries had to decide how to respond to the situation at hand.

“The gospel doesn’t provide us with clear instructions on how to balance the details of border control and public policy, but it does tell us that we ought to give more weight to the issue of treating all immigrants with human dignity,” described Tarwater. “We looked for ways to be Christ to the immigrants. This attempt to image Christ to those in need took many forms, even actions as small as taking little baggies and coloring books to the detention centers. We weren’t doing Bible school with the kids. Rather, we were simply seeking ways to interact and communicate the love of Christ to those most vulnerable in our midst.”