Students Use Storytelling to Change Perceptions of Appalachia 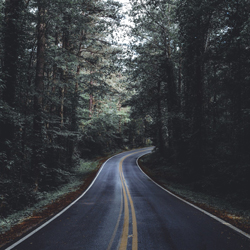 Marlee Maynard, a sophomore organizational communication major at Cedarville University, is working to change the perception of the Appalachian region — an area of the country that she calls home.

In July 2018, Maynard helped start a social media movement called “Only in Appalachia.” She serves as co-director of content creation and works with a team of six other volunteers, who are college graduates or current undergraduate students. All seven members have either lived in or attended college in the Appalachian region. The vision of their campaign is to “foster a renewed pride, respect and understanding as to what it means to be Appalachian,” according to the organization’s website.

Maynard grew up in Racine, Ohio, in the north-central Appalachian region, on the border of West Virginia. A graduate of Southern High School, she knew she was living a typical country life. “I owe a lot to my roots,” said Maynard. “But even coming three hours away to Cedarville University, I never knew that I was an Appalachian. I started noticing small things that were normal or traditional for me that my friends from other states or other parts of Ohio weren't familiar with.”

“We’re rewriting the narrative of what it means to be from Appalachia."

“It's a normal activity (in Appalachia) to go ‘mud running’ on country roads or open fields,” Maynard continued. “It was unheard of to most of my Cedarville friends that I could name every person that lived in a 20-mile radius from my home.”

Not only did these differences become apparent, but according to Maynard, there’s a stigma of drugs and poverty associated with Appalachia. This is one of the perceptions that “Only in Appalachia” is hoping to change.

“We’re rewriting the narrative of what it means to be from Appalachia or that area,” said Maynard. “Through storytelling, we retell the stories of everyday people in Appalachia.”

They travel around the region to interview people who are willing to share their stories. The team recently met with Steve Evans, the son of restaurant founder Bob Evans, for their video series “Champions of Appalachia.” The video series is part of a partnership with the iBELIEVE foundation, an educational organization that provides learning opportunities for Appalachian youth to increase college retention rates.

“Only in Appalachia” also hosts community days, where they work with other volunteers to perform service projects in the Appalachian region. In November 2018, they served the community of Jackson, Ohio, by cleaning out Hammertown Lake. “We just announced that we were there, and people showed up willing to help,” said Maynard. “That was super fun to get the community involved in what we’re doing.”

“Only in Appalachia” is producing a new video series on the topic of education, which will feature Cedarville University’s assistant professor of communications Andrew Harris.