Discussing Faith in a Secular Age 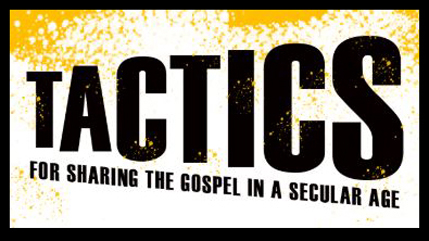 Cedarville University’s Center for Biblical Apologetics and Public Christianity will host the “Tactics for Sharing the Gospel in a Secular Age” apologetics conference on Tuesday, February 18. All sessions, which are free of charge and open to the public, will be held in the Stevens Student Center (SSC).

This one-day conference aims to help Christians learn how to talk about their faith in Jesus Christ. The conference will also be livestreamed at cedarville.edu/tacticsconference.

“This is a great opportunity to learn from Greg Koukl’s expertise about how to have a more winsome witness in a secular age.”

Featured speaker for the conference is Greg Koukl, is an award-winning writer and best-selling author with an extensive national and international apologetics ministry on college campuses.

He has been featured on Focus on the Family radio and has been interviewed for CBN and the BBC. He's been quoted in Christianity Today, U.S. News & World Report and the L.A. Times.

“Those attending and viewing by livestream will hear practical tips for evangelism,” noted Dr. Dan DeWitt, director of Cedarville’s Center for Biblical Apologetics and Public Christianity. “This is a great opportunity to learn from Greg Koukl’s expertise about how to have a more winsome witness in a secular age.”

Located in southwest Ohio, Cedarville University is an accredited, Christ-centered, Baptist institution with an enrollment of 4,380 undergraduate, graduate and online students in more than 150 areas of study. Founded in 1887, Cedarville is recognized nationally for its authentic Christian community, rigorous academic program, including the Master of Divinity program, strong graduation and retention rates, accredited professional and health science offerings and high student engagement ranking. For more information about the University, visit www.cedarville.edu.