Father-Daughter Dynamic at the Heart of "The Heiress" 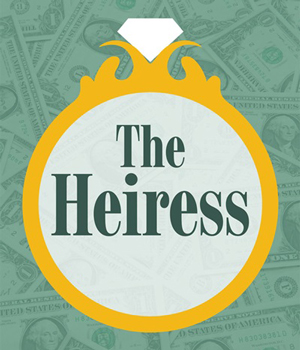 “The Heiress,” a comic tragedy set in New York City, will debut at Cedarville University’s DeVries Theatre at 8 p.m. on Thursday, January 30. The show will run January 30-February 1 and February 6-9, with 10 performances altogether. You can purchase tickets here.

The play centers around Catherine Sloper, the daughter of the wealthy Dr. Sloper in the 1850s, living in the Washington Square neighborhood of New York City. She is awkwardly shy and socially inept due to her father’s oppressive nature. He constantly compares her to her mother, who passed away while giving birth to Catherine, and holds her to a standard she can never achieve.

Catherine is approached by a young suitor, Morris Townsend, who is handsome and charming. Dr. Sloper is always leary of the true intent of Townsend, as Catherine stands to inherit a large amount of money. As Townsend continues to pursue Catherine for marriage, Catherine begins to soften and returns his affection.

“There is a parallel lesson in following the plan that God has for us versus making our own way."

This is all orchestrated under the watchful eye of Catherine’s Aunt Penniman, a widow and hopeless romantic who sides with Townsend, knowing that Dr. Sloper will never support the marriage. The audience is left wondering if Townsend’s intentions are true or if Dr. Sloper is correct in wondering if Townsend is indeed only after Catherine’s fortune.

The play could be considered a psychological drama, according to Stacey Stratton, assistant professor of theatre and play director. The audience sees how oppression can damage a person’s spirit and the consequences that result when people do only what is right in their own eyes. “There is a parallel lesson in following the plan that God has for us versus making our own way,” Stratton said.

The play also has a unique richness of character. Although it has a heavy plotline, there is also an element of humor. “It’s diverse because of the comedic moments woven into the tragedy of the plot,” said Stratton. “The audience is going to invest in each of these characters in different ways.”

Prices are $12 for students of all ages and $15 for adults. Special pricing is available on the following showings: $5 for the student matinee on February 6 and $12 for the senior matinee on January 31. Group tickets must be reserved by calling the Devries Theatre box office at 937-766-7787 to ensure proper payment.

Tickets can be purchased online at www.cedarville.edu/ticketinfo or at the box office by leaving a voicemail with the patron’s contact information.

Located in southwest Ohio, Cedarville University is an accredited, Christ-centered, Baptist institution with an enrollment of 4,380 undergraduate, graduate and online students in more than 150 areas of study. Founded in 1887, Cedarville is recognized nationally for its authentic Christian community, rigorous academic programs, including the Bachelor of Arts in Theatre, strong graduation and retention rates, accredited professional and health science offerings and high student engagement ranking. For more information about the University, visit www.cedarville.edu.