International Conference on Creationism Finds a Home at Cedarville 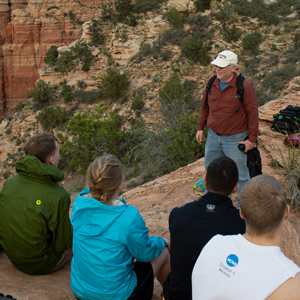 Cedarville University is the new home for the International Conference on Creationism (ICC) to be held next in July of 2023. The ICC has become known as the premier creation conference in the world with groundbreaking contributions in genetics, geology, astronomy, biology, and 3-D computer modeling.

Cedarville and the Creation Science Fellowship (CSF) of Pittsburgh signed an agreement this spring for Cedarville to be the new owners, host, and repository for the ICC.

The ICC began in 1986 in Pittsburgh, Pennsylvania, as a place for creation scientists to gather, present and publish their research. The conference has been held eight times, the last one in 2018. It has drawn attendees from all over the world.

“ICC holds to a young earth creation worldview. Many of the scientists at Cedarville hold this position as well. We are very excited about having Cedarville take the mantle of ICC.”

“We wanted a forum where creationist thinkers and researchers could network and discuss matters such as physics and quantum mechanics,” said Bob Walsh, CSF chairman.  “We also wanted to have a place where we could submit research for peer-review and develop a rigorous quantifiable peer-review process. Networking and sharing research were our two main motivations.”

In the past, conferences have typically been held in the summer, but CFS has had difficulties finding locations with overnight accommodations plus eating and meeting space. “We have the residence halls, conference facilities, and the academic atmosphere for hosting such a conference,” noted Dr. John Whitmore, Cedarville’s senior professor of geology and editor of the most recent 2018 ICC proceedings.

“Cedarville has a doctrinal statement in line with ICC’s goals, a scientific staff that can guide the editorial process, and a library that can professionally archive all the proceedings to make them electronically accessible by anyone in the world.”

“This is an exciting opportunity for our students,” he continued. “We see this as a platform to encourage them to do research in an area of interest, such as Noah’s flood, the age of the earth, evolution or baraminology, which is the study of created Genesis kinds. We had several of our geology students write papers and present at the last ICC. This takes them up to another level.”

All of ICC’s past peer-reviewed research will be housed on Cedarville’s online library archive and are available through the new website https://www.InternationalConferenceOnCreationism.com/.

“ICC holds to a young earth creation worldview,” said Walsh of CSF. “Many of the scientists at Cedarville hold this position as well. We are very excited about having Cedarville take the mantle of ICC.”

Located in southwest Ohio, Cedarville University is an accredited, Christ-centered, Baptist institution with an enrollment of 4,550 undergraduate, graduate, and online students in more than 150 areas of study. Founded in 1887, Cedarville is recognized nationally for its authentic Christian community, rigorous academic programs, including its Bachelor of Science in Geology program, strong graduation and retention rates, accredited professional and health science offerings, and high student engagement ranking. For more information about the University, visit www.cedarville.edu.