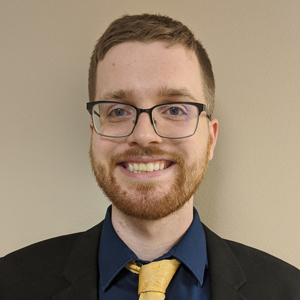 Established in 1923, the Elijah Watts Sells Award recognizes exemplary performance on the Uniform Certified Public Accountant (CPA) exam. Sells was one of the first CPAs in the United States and was active both in establishing the AICPA and advancing education within the accounting profession.

Candidates for the award must achieve a cumulative score of at least 95.5% across all four sections of the exam. Out of nearly 75,000 individuals, only 137 candidates met the criteria for the Elijah Watts Sells Award in 2019.

“I’ve always been driven by a desire to succeed, but it was Cedarville that taught me how to do that while still keeping God at the center of my life.”

For Hart, the award has provided clarity. Hart earned bachelor’s degrees in accounting and economics from Cedarville and struggled to determine which avenue warranted vocational pursuit. “That award moved me toward accounting,” he said.

The Elijah Watts Sells Award is simply the first step for Hart. In July 2020, Hart graduated with a master’s in economics from Florida State University. Now he is preparing to start a new job at Trust Processing Solutions in Cincinnati, Ohio.

“We are proud of Steven for this outstanding accomplishment,” said Anne Rich, professor of accounting. “He distinguished himself as a student at Cedarville University with his hard work and dedication to excellence.

Hart affirmed that his Cedarville education prepared him for success in the testing process. “The CPA exam is huge, but all of the subjects were covered in some level of detail in my classes,” he said. “There wasn’t anything that took me by surprise.”

In addition to academic preparedness, Cedarville also provided Hart with soft skills he plans to utilize moving forward. “I learned how to pursue excellence and strive for improvement without sacrificing my own spiritual health,” he said. “I’ve always been driven by a desire to succeed, but it was Cedarville that taught me how to do that while still keeping God at the center of my life.”

Located in southwest Ohio, Cedarville University is an accredited, Christ-centered, Baptist institution with an enrollment of 4,550 undergraduate, graduate and online students in more than 150 areas of study. Founded in 1887, Cedarville is recognized nationally for its authentic Christian community, rigorous academic programs, including the Bachelor of Science in Accounting program, strong graduation and retention rates, accredited professional and health science offerings and high student engagement ranking. For more information about the University, visit www.cedarville.edu.