Back to the Future: Geist Steps Down as AD; Returns to Classroom 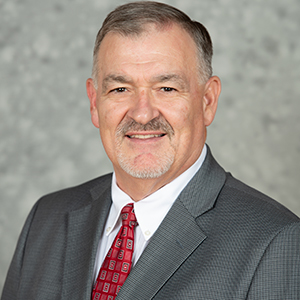 Alan Geist, Ph.D., athletic director at NCAA II Cedarville University for the past 13 years, has resigned his position, effective June 30, 2021. Geist, who began his Cedarville tenure as a faculty member, will return to the classroom as associate professor of sport business management.

“As athletic director, I am thankful for the opportunity to work alongside a great group of coaches and staff, and under the leadership of two presidents — Dr. Thomas White and Dr. William Brown,” said Geist. “Both have been very supportive of CU Athletics.  Most recently, Dr. White’s passion for athletics has been an inspiring guidance to me and our staff. Now, I am looking forward to bringing the practical lessons from experiences in athletic administration into the classroom.”

“The impact Dr. Geist has made in the lives of our student-athletes, both spiritually and athletically, is significant. I am thankful he will remain a part of the Cedarville University community by teaching students in our school of business administration."

Geist has been part of an athletic program that witnessed significant growth and accomplishments. Most notably, he led Cedarville’s transition to NCAA Division II (from NAIA) from 2009-2012 and was part of the leadership team that formed the Great-Midwest Athletic Conference (G-MAC).

In addition, Geist oversaw numerous increases in the athletic budget and staffing, helped in the transition to the current athletic brand and Yellow Jacket logo, nurtured a university-wide partnership with Under Armour athletic apparel through BSN Sports, and helped plan the current Callan Athletic Center expansion.

“The impact Dr. Geist has made in the lives of our student-athletes, both spiritually and athletically, is significant,” said White. “I am thankful he will remain a part of the Cedarville University community by teaching students in our school of business administration. His experiences as an athletic administrator will be an invaluable benefit to our students.”

Under Geist’s leadership, Cedarville’s athletic program has received the Presidents’ Award for Academic Excellence seven consecutive years since joining the NCAA. The award is presented to member NCAA schools that earn a 90% or higher academic success rate (ASR). The ASR is the percentage of student-athletes who graduate within six years of initial collegiate enrollment and includes all Division II student-athletes.

Athletically, Cedarville’s program has been a model of success. The Yellow Jackets have won the G-MAC Presidents’ Cup, awarded to the conference member with the greatest success in athletic competition in an academic season, in 2013-14, 2014-15, and 2015-16.

“As the G-MAC enters its 10th year, the viability, sustainability, and great success of the conference can be attributed to the leadership of Alan Geist,” said Tom Daeger, commissioner of the conference. “His vision for having a conference where member schools embody shared values, his integrity, and his deep loyalty to fellow league members, was a driving force behind the development of the G-MAC. I am indebted to Alan for helping the conference forge a clear path that I could embrace as the league’s first commissioner.”

“I have often made mention of the tremendous student-athletes, past and present, that our Lord has brought to Cedarville University. They are truly a special group,” added Geist. “It’s been a high honor for me to work with them and support them in their quest to fulfill our mission and achieve excellence. “Our student-athletes have achieved many great accomplishments, and at the same time, they’ve dedicated themselves to using sport as a way to model Christ.”