Cedarville Stories Podcast: God is Not Done With Coach 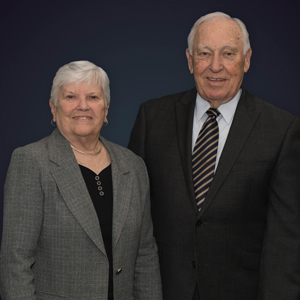 Don Callan, Cedarville University’s legendary basketball coach, has had a remarkable and, sometimes, unexpected life. For instance, did you know he was named to his alma mater’s athletic hall of fame for . . . football?

His longevity is amazing all by itself. It was 60 years ago when he first set foot on campus. He told then-president Dr. James T. Jeremiah he was here to stay, and how true this has been.

Don is also the man God used to start Mission Involvement Service, taking Cedarville athletes around the world to play sports and share the Gospel. He led 35 trips to the Philippines alone.

His career credentials are inspiring. He led the men’s basketball team to 578 victories over 35 years and served the University as athletic director from 1961 to 1997.

"I found out God is interested in me for me. He wants me to be His servant, and He has something for me to do.” 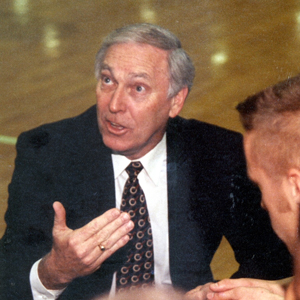 After retirement, he didn’t slow down but has continued to minister to athletes, senior citizens, and anyone who will give him the time of day.

But last year, after losing his beloved wife, Nedra, to whom he had been married for 64 years, then surviving a terrible bout with COVID, Don was ready to join his bride in eternity. But the Lord had other plans.

“When Nedra died and went to heaven, I said, ‘Nedra’s in heaven; I want to go to heaven,’” he offers during the podcast. “God started working in my heart that I needed to know Him better. I started reading His Word and applying it. Special people sent me books. And all of a sudden, I found out God is interested in me for me. He wants me to be His servant, and He has something for me to do.”

To hear Don's podcast, click on the play button below:

The Campus Master Plan includes an expansion of the Callan Athletic Center, named after Coach.

Located in southwest Ohio, Cedarville University is an accredited, Christ-centered, Baptist institution with an enrollment of 4,550 undergraduate, graduate, and online students in more than 150 areas of study. Founded in 1887, Cedarville is one of the largest private universities in Ohio, recognized nationally for its authentic Christian community, rigorous academic programs, strong graduation and retention rates, accredited professional and health science offerings, and high student engagement ranking. For more information about the University, visit www.cedarville.edu.