Comic Relief at the Start of Spring Semester 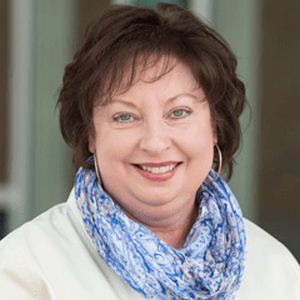 As February rolls around and school starts picking up, Cedarville University students, faculty and staff are invited to join the Cedarville theatre department for some comic relief as it performs “Four Comic One-Act Plays,” written by Anton Chekhov.

“Four Comic One-Act Plays” will open Thursday, Feb. 4 and close Sunday, Feb. 14. Tickets are already being sold and can be purchased at the Stevens Student Center ticket office, open 8 a.m. - 8 p.m. Monday - Thursday and 8 a.m. to 6 p.m. on Friday and Saturday.

In keeping with the University’s “Caring Well. Staying Well.” guidelines, attendees will be socially distanced and required to wear masks.

Each of these works display a different aspect of life in Russian culture, adding comedic effect through exaggerated stories and characters.

“Four Comic One-Act Plays” is part of five short pieces written by Chekhov, a late 19th and early 20th century playwright, literary genius and medical doctor considered to be one of the fathers of the modernist movement.

The titles of the mini productions are “The Anniversary,” “The Proposal,” “The Bear” and “The Wedding.” Each of these works display a different aspect of life in Russian culture, adding comedic effect through exaggerated stories and characters.

Since students involved in the theatre department were anticipating a winter musical, Dr. Diane Merchant, professor of theatre and director of the production, added Russian dancing in between the scenes during set changes.

Skyler Cash, senior individualized studies in songwriting student with a philosophy and theology minor, provided original music for the production. “It turned out he was exactly what I had been praying for,” said Merchant. “His music is danceable but still challenging for the dancers. He’s a huge part of this production, even though he had never really done theatre work before.”

“Writing dance music was a new experience and brought with it certain constraints that I had a lot of fun working within,” said Cash. “Beyond being thematically appropriate, I needed to make sure it was something that could be easily counted, didn’t go too many directions at once and had a tempo that allowed for dancing.”

Scenic designer Jonathan Sabo, Cedarville professor of theatre, has created a set that can easily shift to create the different locations for each play. “We are primarily relying on different positions of furniture on the stage to indicate a new location,” said Sabo. “Lighting will also help the audience transition by highlighting the title of each act before it begins.”

Zach Krauss, second-year student pharmacist and research assistant, is dramaturg for the production. “Researching Chekhov’s emerging style of modernism and how it began to make waves in the future of the arts has given me a great understanding of how art changes over time,” he said.

Located in southwest Ohio, Cedarville University is an accredited, Christ-centered, Baptist institution with an enrollment of 4,550 undergraduate, graduate and online students in more than 150 areas of study. Founded in 1887, Cedarville is one of the largest private universities in Ohio, recognized nationally for its authentic Christian community, rigorous academic programs, including the Bachelor of Arts in Theatre program, strong graduation and retention rates, accredited professional and health science offerings and high student engagement ranking. For more information about the University, visit www.cedarville.edu.