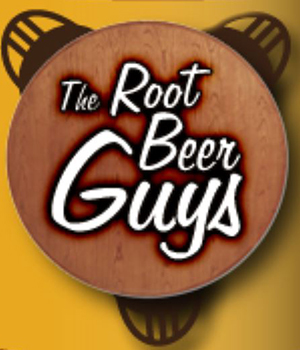 Their website, featuring numerous reviews and a history of the drink, can be accessed at rootbeerguys.com/.

Dearden’s love for the unique carbonated beverage that originally contained sassafras root extends to his childhood. “My cousins owned a hot tub, so my brothers and I would go over and have what we called Weinhard Sessions,” he said, in honor of Henry Weinhard’s root beer. “We would sit back and discuss the good and bad of life, like school, sports, and girls, over root beer. That’s where I first got my love for it.”

“Cedarville provides a huge opportunity for like-minded people to gather together to do incredible things." 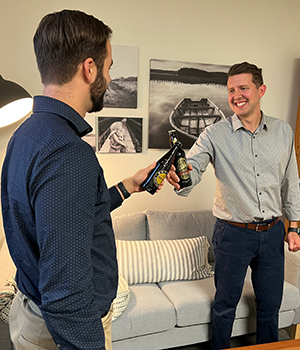 After he graduated from Cedarville in 2009 with a history major, Dearden began working as an admissions counselor alongside his fellow alumni and root beer lovers Napp and Stephens. After a typical debate over the best root beer, the friends resolved to create The Root Beer Guys.

“We decided to come up with an objective system to settle our debate,” Dearden noted. “We began writing to ask root beer companies if they would send us samples, and they did. Every other day or so we’d go to the post office and pick up huge boxes of root beer.”

Through numerous rating sessions, the trio developed a system of weighted criteria to rate the countless root beers they tried. Their 50-point scale includes the drink’s flavor attack and consistency, its body (its complexity and “mouth feel”), and even its appearance. A 40-plus on the scale is considered an elite root beer.

"We were three Cedarville guys in this fertile ground where we could share our passion for the beverage.”

Henry Weinhard’s is currently their top-scoring brand, with a 45 out of 50. For a well-rounded root beer, one that includes a solid carbonation level, in-mouth feel, head, sweetness, and complexity, Dearden recommends Hank’s, with a Root Beer Guys score of 41.

“We want to educate people on the wide spectrum of root beer available to them,” Dearden shared. “Beyond the mainstream brands, root beer is such a versatile beverage. It’s not just one drink, because each brand is a mixture of a variety of ingredients. Some have 30-plus natural ingredients. It’s truly an adventure.”

The Root Beer Guys offer scheduled tasting events for companies, clubs, and organizations, where they provide a variety of root beers and offer a taste test for attendees. Participants are able to rate root beer for themselves. “It gives us the fun opportunity to educate people on the drink’s history and differences, like the flavor spectrum. People’s eyes are opened to the wide world of root beer,” Dearden commented.

Dearden remains grateful for the community that fostered his friends’ creative venture.

“Cedarville provides a huge opportunity for like-minded people to gather together to do incredible things,” said Dearden. “In our small world, root beer was our connection. For others, it’s different ministries, or opportunities to serve people or projects in medicine or engineering. We were three Cedarville guys in this fertile ground where we could share our passion for the beverage.”