From Math Teacher to the White House

Cindy Hasselbring ’95 wanted to be an astronaut. She applied five times to NASA and was turned down every time.

“I tell kids failure is an option,” she said, “because sometimes our failures lead us to better places.”

Like a career path from high school math teacher to a job at the White House. Hasselbring worked for the National Science Foundation and was assigned to the White House Office of Science and Technology Policy.

"Sometimes our failures lead us to better places."

She served as Senior Policy Advisor and Assistant Director, helping develop policy for STEM (science, technology, engineering, and mathematics) education. She worked with federal agencies like NASA, the National Science Foundation, the Department of Defense, the Department of Education, and many others.

“It’s amazing how we have detours in our life that cause us to go in different directions than we would’ve planned but are far better,” Hasselbring said.

Walking past the West Wing on the way to her office was never a part of the career equation for a math teacher from Milan, Michigan. But it’s a path she says God put her on when she first applied to be an astronaut in 2003.

“There’s nothing like it on earth,” she said. “It was as close to space as I may ever get.”

Hasselbring has also attended three space shuttle launches. On one of those trips, she sat poolside next to a teacher and was encouraged toward another giant leap . . . in her career. Hasselbring had already been turned down once for the Albert Einstein Distinguished Educator Fellowship Program. She took the advice, applied again, and in 2011 left Milan for Washington, D.C.

The fellowship in Washington was for one year at the National Science Foundation. Then she would return to Milan to teach and help coach cross-country and track as she had for 16 years. But after helping shape policy for the benefit of math and science teachers, she was asked to stay another year. She would have to resign from her teaching job and make a permanent and difficult move away from her hometown and family.

As she considered her options, she sought the advice of two godly couples: her pastor and his wife, Doug and Lisa Strader, and former astronaut, Col. Jack Lousma, and his wife, Gracia, who she had befriended after they visited her church in Michigan several years ago. They both encouraged her to consider this an opportunity the Lord had provided.

“He opens the door so much but not fully,” Hasselbring said. “So we can’t see everything that’s going to happen in the future, causing us to really have to trust.” 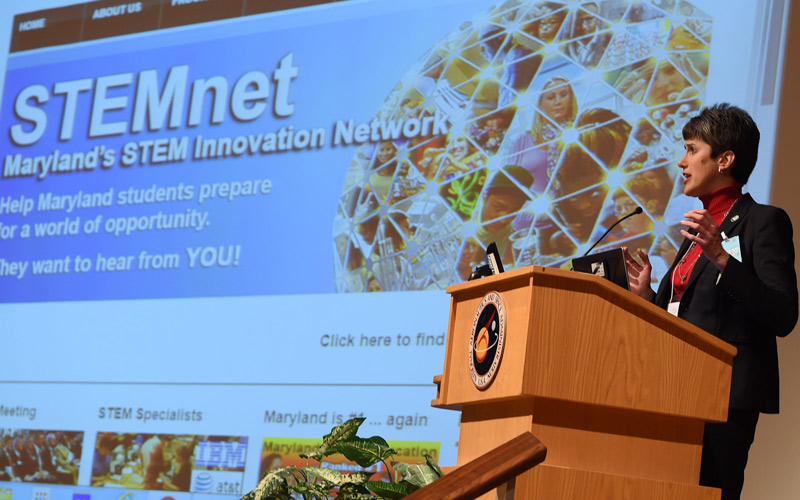 Hasselbring says her unexpected and unplanned — on her part — launch to the White House was marked by many people God used to guide her. In her second year as an Einstein fellow, she worked for Dr. Joan Ferrini-Mundy, a leading mathematics education researcher and president at the University of Maine, on a committee of federal agencies providing STEM education programs. Learning how STEM policy operates in the federal government prepared Hasselbring for the next steps.

“She really took me under her wing and had confidence in me,” Hasselbring said. “I didn’t have a lot of confidence in myself at the time as far as my role in the federal government.”

Hasselbring stayed in Maryland and worked as a special assistant on STEM education to the Maryland state superintendent of schools. In the meantime, her interest in space led her to become a pilot. In 2016, she began an almost four-year run with the Aircraft Owners and Pilots Association in Frederick, Maryland, as their Senior Director of the High School Aviation Initiative, which offered a four-year aviation STEM curriculum to high schools at no charge.

“I was really excited to see how God could use me here in the federal government as a light for Him,” Hasselbring said.

Among the many projects Hasselbring led was the development of a plan to help veterans and their spouses overcome barriers to accessing STEM education and careers. She is also a champion for exposing young girls to career possibilities in STEM fields. She took girls on field trips when she was a teacher, and she has led an aviation camp for girls at the Experimental Aircraft Association airshow in Oshkosh, Wisconsin, for the past 10 years.

"I was really excited to see how God could use me here in the federal government as a light for Him."

“The job growth in STEM is growing at a quick rate,” Hasselbring said. “These are high-paying jobs that can help support families, but kids have to be prepared for them, have an awareness about them, and see themselves in them.”

Although Hasselbring is not a political appointee, her service at the White House ended in February. She will work at the National Science Foundation until August and is confident that the same Father who launched this part of her career will guide her to a safe landing.

"I am trusting the Lord to lead my next steps," she said. "He is faithful."

Jeff Gilbert ’87 is an Assistant Professor of Journalism at Cedarville University. 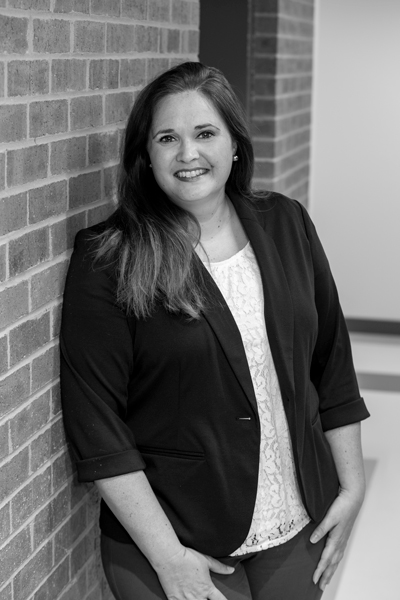 Growing up in a military family, Rachel Reno ’00, M.Ed. ’16, experienced firsthand the struggles of a student who feels out of place and finds it easy to hide.

“I was not the A-plus student; I was also not the student that was acting out behaviorally. I was the really, really easy student to not see,” Reno said. “God sent Christian teachers into my life at really pivotal times to see me, to listen to me, and to build relationships with me.”

Now, in her role as upper school principal at Immanuel Christian School (ICS) in Springfield, Virginia, a Washington, D.C., suburb, Reno is bringing that extra measure of empathy to her students. In an age marked by COVID protocols, it’s easier than ever for students to literally hide behind a mask.

ICS is a diverse K–11 school with a focus on unity and discipleship. “We have a unique school with 43% diversity in the student population,” Reno said. “It’s not unusual to stand in carpool duty and hear six different languages being spoken by parents waiting to pick up their students.”

The second-grade classroom holds a heritage festival every year when parents come in and share about their student’s heritage. “It’s a parade of countries,” Reno said. “We fill the gym with food, games, and pictures; it’s like stamping your passport and walking through all these different countries.”

This year, in the wake of COVID-19, Reno and the rest of the staff have had to think beyond the mask to help students emotionally, spiritually, and academically.

“Our teachers are phenomenal and creative,” said Reno. “We have discipleship groups that meet on Mondays and Fridays, and we really try to be 6-foot distanced so they can take down their masks. We’re doing a lot of things outside, so we can have fresh air and circulation.”

Reno is very grateful for the time she had as a student at Cedarville University, where she gained confidence in herself and the abilities God had given her. She is grateful for the strong foundation she received in education as a secondary English education major with a teaching credential for grades seven through 12.

“I look back and see God’s hand at work in my heart,” she said. “Cedarville helped me develop a heart for the kind of kids I’m serving today.”