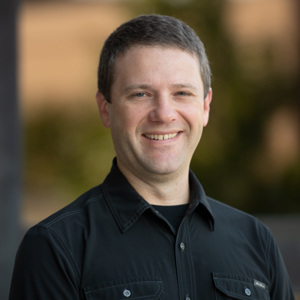 Mark Gathany, professor of biology at Cedarville, wanted to help his GIS students transfer the concepts they were learning in class to a real-life current application.

A friend of Gathany’s from college, Jay Hocking, posted on Facebook in November 2019 that he was looking for crowd-source help to process images for a project by Water for Good, a faith-based organization dedicated to bringing clean and lasting water to the Central African Republic.

Gathany reached out to him immediately, and soon after, his class started working on aerial imagery interpretation and processing in December 2019.

"This was also a way for my students to see that you can use GIS to serve others.”

“Hocking took a drone on his trip to Africa and flew it over five to 10 villages, allowing the drone to take pictures at regular intervals,” Gathany said. “He then took an image processing software to put all of those images together into one large image called a mosaic from which we did the meticulous image interpretation. By doing that, we could create high-resolution imagery and distinguish features from the surroundings, counting each home in the town.”

Ultimately, Cedarville students worked on this project as part of a census to determine how many people lived in a certain area so Hocking’s team at Water for Good might know how many wells should be drilled in a given area. “The takeaway from that was we could see the total number of houses in every village and from that they could create an estimate of how many people lived there,” Gathany said.

“Any project that comes from the real world that problem-solves is fun because it solidifies the ideas we talked about in the lab and lecture,” Gathany said. “Plus, this was also a way for my students to see that you can use GIS to serve others.”

A village in Nandobo, Central African Republic, is the site of the first solar well and water storage system installed. Gathany plans to partner with Water for Good in spring 2021 as they develop plans to expand the water system project.

Located in southwest Ohio, Cedarville University is an accredited, Christ-centered, Baptist institution with an enrollment of 4,550 undergraduate, graduate and online students in more than 150 areas of study. Founded in 1887, Cedarville is recognized nationally for its authentic Christian community, rigorous academic programs, including the Bachelor of Arts and Bachelor of Science in Biology, strong graduation and retention rates, accredited professional and health science offerings and high student engagement ranking. For more information about the University, visit www.cedarville.edu.