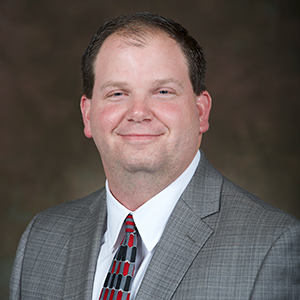 When it comes to understanding the human body, those in the health sciences have traditionally relied on cadaver study as a crucial component in training and education. But starting next spring, students in Cedarville University’s school of allied health will also have access to a new interactive device that will allow them to understand the human body in a digital way.

Cedarville’s school of allied health recently invested in an Anatomage – a compound of anatomy and image – Table ahead of the launch of the Master of Athletic Training (M.A.T.) program next summer. The table consists of two giant touchscreens and has detailed scans of four people who gave permission for their bodies to be used before they passed, as well as case studies for particular medical conditions.

“I hope the table allows them to grow their understanding of the human body from a biblical perspective, intricately and uniquely designed by God.”

Upon loading one of the virtual cadavers, students will see the human bodies from the outside. Using a slider at the bottom of the screen, they can slowly take layers off to see the various muscles, bones, and organs of the human body. Most of these structures were captured through layer-by-layer imagery, though some of them were captured by MRIs and CT scans. To navigate, students can swipe on the table to flip the bodies around, use multiple fingers to zoom in and out, and tap to identify parts of the body.

“It gives the students another learning style and something that’s native to them,” Weller said.

Weller stressed that the table will complement but not replace the use of traditional cadavers, which provide a tactile reminder that the cadaver was once a living, breathing human being.

The primary advantage of the Anatomage Table is that it allows students to see parts of the body that would be difficult to see with a traditional cadaver or that would require extra dissection and work to access since the device allows students to constantly add or remove layers. Also, while organs and other body parts may be removed from a body after a person has died, they will be available on the table. Finally, the Anatomage Table is much easier to store and maintain than a traditional cadaver.

Professors in the M.A.T. program will continue to use traditional cadavers during the summer term, but the Anatomage Table will be available as a supplement to student instruction. Professors will even be able to create tests and exams on the device, which is primarily intended for the M.A.T. program but will also be available for use by undergraduate programs in the school of allied health.

Anatomage Tables are still rare in higher education; Weller noted that Cedarville is one of the few universities in Ohio that owns one. The tables have seen increased use in the past 10 years

“We have a long history of preparing athletic training students well,” Weller said. “I hope the table allows them to grow their understanding of the human body from a biblical perspective, intricately and uniquely designed by God.”

Located in southwest Ohio, Cedarville University is an accredited, Christ-centered, Baptist institution with an enrollment of 4,550 undergraduate, graduate, and online students in more than 150 areas of study. Founded in 1887, Cedarville is one of the largest private universities in Ohio, recognized nationally for its authentic Christian community, rigorous academic programs, including the Master of Athletic Training and Bachelor of Science in Sports Medicine + Master of Athletic Training programs, strong graduation and retention rates, accredited professional and health science offerings and high student engagement ranking. For more information about the University, visit cedarville.edu.