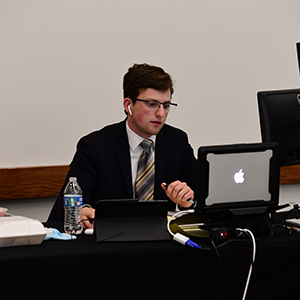 Model U.N. team members are selected by Dr. Glen Duerr, associate professor of international students, and his colleagues in the department of history and government.

“In general, students have a strong grounding in international affairs before joining the team,” said Duerr. “Many take related classes, which helps them to learn more about the subject matter.”

Team members take between five and 10 hours a week outside of their academic responsibilities to prepare for weekly team meetings, where Duerr and the students discuss the rules of model U.N. and tactics that can be utilized during their conferences.

"The team is composed of excellent students who have a passion for making changes in the world that reflect the biblical admonition to be peacemakers." 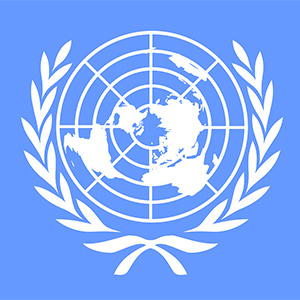 The team participates in two major competitions throughout the academic year: the Dayton Model United Nations Conference (DAYMUNC) and the National Model United Nations (NMUN), which is held in New York City. This year, the NMUN convened virtually in March and April for two separate conferences.

At the conferences, team members have an opportunity to practice a Christlike approach to connecting and interacting with others, demonstrate excellence in session committees and often have opportunities to share how their faith informs their approach to the competition.

"The team is composed of excellent students who have a passion for making changes in the world that reflect the biblical admonition to be peacemakers,” said Duerr.

The future is bright for Cedarville’s model U.N. team and the university graduates who spent time on the team. Not only did the team earn several awards at DAYMUNC in February, but a 2009 alumna is currently serving in Kenya and other former team members are on the path toward working with the foreign service.

Located in southwest Ohio, Cedarville University is an accredited, Christ-centered, Baptist institution with an enrollment of 4,550 undergraduate, graduate, and online students in more than 150 areas of study. Founded in 1887, Cedarville is one of the largest private universities in Ohio, recognized nationally for its authentic Christian community, rigorous academic programs, including its Bachelor of Arts in International Studies program, strong graduation, and retention rates, accredited professional and health science offerings, and high student engagement ranking. For more information about the University, visit cedarville.edu.