Scholar of the Great Outdoors 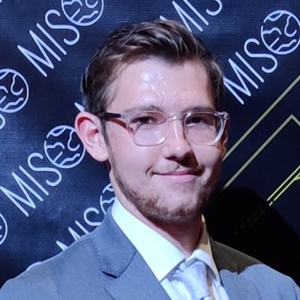 Carson Gehman, a Cedarville University junior biology major from Hot Springs, South Dakota, was recently awarded a $5,100 scholarship to the Au Sable Institute of Environmental Studies for the summer.

The scholarship is named after the institute’s first executive director, Calvin DeWitt. DeWitt became internationally recognized through his writing, speaking and teaching regarding creation care theology, ethics and the practices of environmental stewardship.

“Cedarville’s connection to Au Sable Institute was a main influence in my coming to Cedarville in the first place." 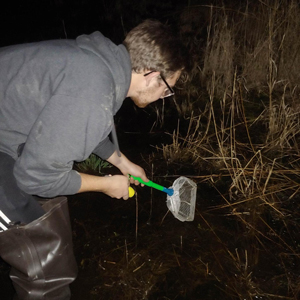 “It’s a chance to go out and take very specific classes that you won’t normally find in a college curriculum,” said Gehman. “For me, it’s particularly important because they emphasize fieldwork, which is a large percentage of the classwork.”

Dr. Mark Gathany, professor of biology, nominated Gehman for this scholarship. Gathany is also a professor at Au Sable during the summer. In order to receive the scholarship, Gehman had to submit reference letters from pastors and professors, write essays and provide a transcript and a resume.

“Having taught at Au Sable for several years, I have seen the exceptional quality of the students selected for this award and the good work that they go on to do in their communities,” said Gathany. “I am excited to see how this award will propel Carson forward in the field of wildlife conservation.”

During his time at Au Sable Institute this summer, Gehman will participate in two four-credit courses during a five-week program. He will be taking wildlife ecology and fish ecology and management.

Gehman specifically wants to go into biological research in wildlife and hopes that the courses he takes this summer will help him. “It’s already a very competitive field and doesn’t have a lot of jobs in the first place, so anything I can do to set myself apart when it comes to applying for jobs is really important, and that’s the main reason I’m doing this.”

All of the courses that Gehman takes during his time at Au Sable will directly transfer to Cedarville for credit and will help him work toward his degree.

Located in southwest Ohio, Cedarville University is an accredited, Christ-centered, Baptist institution with an enrollment of 4,550 undergraduate, graduate, and online students in more than 150 areas of study. Founded in 1887, Cedarville is one of the largest private universities in Ohio, recognized nationally for its authentic Christian community, rigorous academic programs, including the Bachelor of Arts or Bachelor of Science in Biology degree, strong graduation, and retention rates, accredited professional and health science offerings, and high student engagement ranking. For more information about the University, visit www.cedarville.edu.