Abusive Childhood Motivates Student to Serve as a Social Worker

For first-year social work major Amber Anderson, her major is more than just a career path. It is what defines her life as she knows it.

Anderson had been through many trials leading up to enrolling at Cedarville University in August 2022. Both of her biological parents are drug addicts and alcoholics, leaving her without a stable home throughout her childhood. From birth, Anderson was passed between family members until they were not able to care for her any longer. She eventually moved back to live with her biological father in Rogers, Ohio, when she was 8 years old. 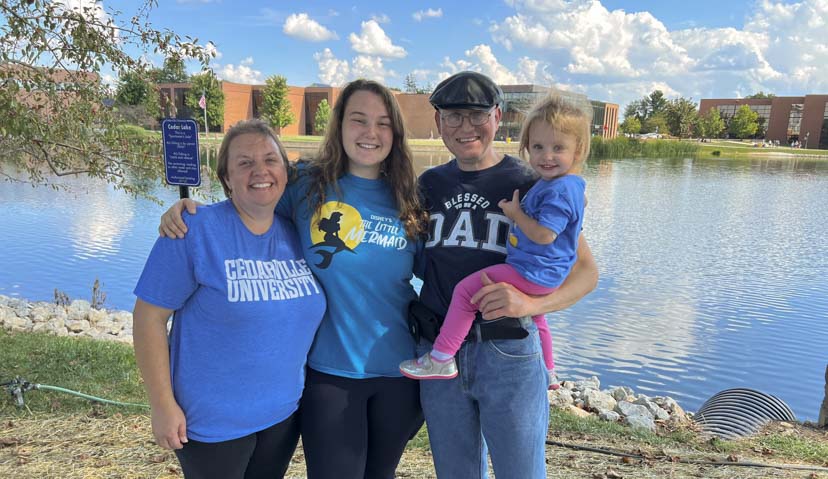 But it was the care of a former neighbor that set her life on a new trajectory.

“My life was really rough. I didn’t have a support system. At home I was being abused, I was being neglected,” said Anderson. “I chose to go to church with my grandparents’ neighbor, and the church became my home. I heard the gospel of who Christ is, and he became my center. He was all I had.”

Anderson’s neighbor would drive 10 miles out of the way to take her to church. The love of this neighbor, and the church’s love and support, began Anderson’s relationship with Christ.

Her situation at home with her father deteriorated, and on November 3, 2016, Anderson was put into foster care. She felt as if she lost everything.

Over the span of 4 ½ years in foster care services, Anderson lived in 11 group homes, and these were not always good experiences as she continued to experience violence and abuse. She was never sure that she would make it to see the next day.

“The system was broken,” Anderson shared, “but it didn’t fail me thanks to Christ.”

Anderson’s life took another twist two years into her foster care experience. Foster parents Jon and Beth Anderson began to make regular visits to see Anderson. This couple poured their lives into her, and the change was remarkable.

Anderson had always wanted to be placed into a home of Christians because she knew this would be the best situation for her.

The Andersons were drawn to Anderson because of her interest in growing in her faith, but it wasn’t until she aged out of the foster care system that she began to live with the couple.

Eventually, the Andersons adopted her, and her life finally changed.

Anderson went on to get her GED and spent a year at Lakeland Community College in Kirtland, Ohio, where she earned a 4.0 grade point average. Additionally, Ohio Gov. Mike Dewine appointed Anderson to the Ohio Commission on Service and Volunteerism for a two-year term.

Now, the first-year Cedarville University student is in the Christian community she has been longing for and is able to pursue a degree in social work.

“I definitely am going into my field to help other foster youth, to encourage them to turn to Christ and that what they are going through does not determine their future,” she explained. Anderson’s story is a clear picture of this truth.