As a 16-year-old, Jeff Bates worked in a small grocery store in Gladwin, Michigan, his hometown. This store had a small drug store called the Prescription Shop, and Jeff was inspired by its pharmacist’s service to the community. This pharmacist offered himself to the community, and that greatly inspired Jeff to pursue pharmacy in the same way. 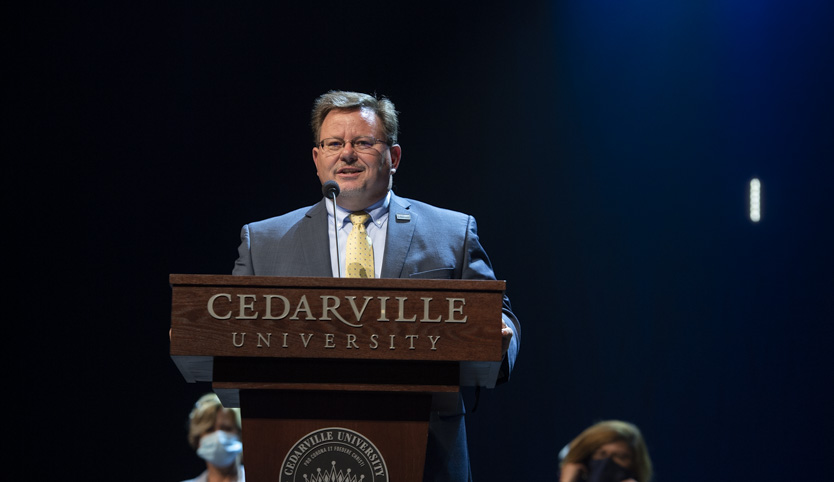 Jeff loved science and chemistry, and he wanted to use those interests to actively meet the needs of the people in his community.

Jeff studied pharmacy at Ferris State University and taught there for 13years. After many years serving at this secular institution, he began to feel the Lord preparing him for something different.

But Jeff hasn’t always followed the Lord. During his late teen years, Jeff turned from the Lord and pursued his own desires. But the Lord took a hold of his life, and Jeff realized he needed to offer his life to the Lord, both personally and professionally.

The Lord brought Jeff to Cedarville as the Dean of the School of Pharmacy. Jeff is passionate about identifying and meeting the needs of the people around him, and this is what he seeks to inspire in his students. He wants to make sure his students leave Cedarville not only well educated but also well equipped to provide quality care for their patients.

Listen here as Jeff shares his story on the Cedarville Stories Podcast.