As a young boy, Paul Miller lived in fear. Initially, it was a fear of death. Not necessarily his own death but the death of his parents because he was unsure of what came after death and he didn’t want to live alone.

This fear led to Paul accepting Christ as his Savior.

Still, Paul admits that the fear of man remained strong in his heart as he struggled to speak like every normal pre-school child. What was causing Paul to not speak, like his sister of their friends? 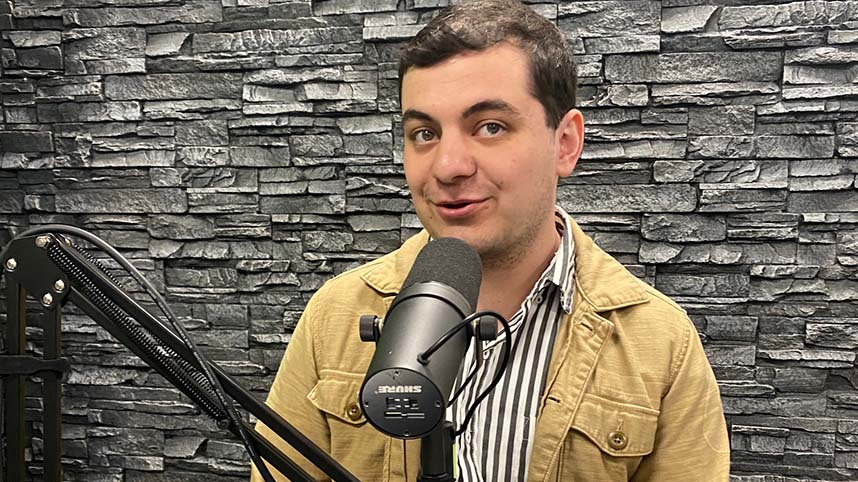 After rounds of medical tests, Paul was diagnosed with oral motor apraxia, a speech inhibiting disorder. This disease kept him from speaking, and doctors told Paul’s parents that he would never be able to speak.

But through the power of Christ, Paul’s faithful mother prayed, “with the help of my God, He will [speak].” And, now, according to Paul, some family members jokingly say they pray, “Paul will not speak as much.”

Paul graduated from Cedarville University in May and is now pursuing his passion of making movies. Throughout college, Paul began developing a network of relationships that could pave the way for a career in the Christian film industry.

And, knowing Paul, he will pursue his passion with boldness  instead of the fear that gripped him as a young, speechless boy.