Little did Summer Lange know that when she went to Cedarville University to study computer engineering, she could end up leading the next generation in the world of motion pictures and television. 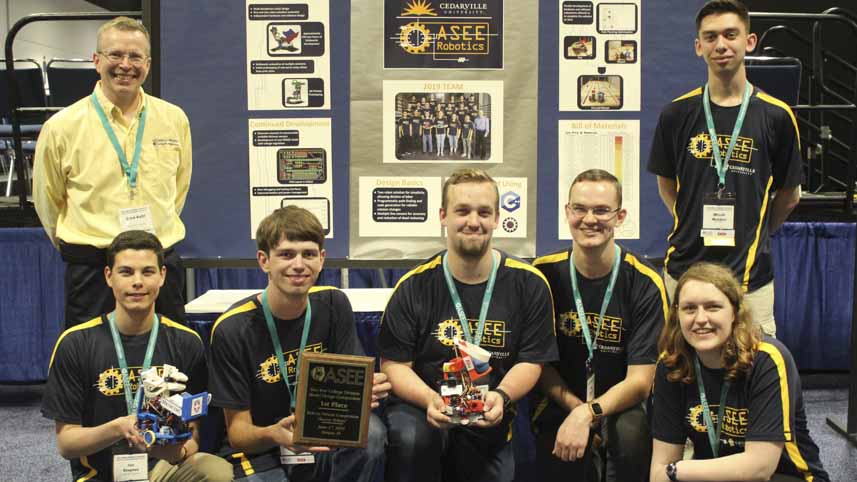 Lange, a senior computer engineering student from Juneau, Alaska, was awarded the Louis F. Wolf Jr. Memorial scholarship by the Society of Motion Picture and Television Engineers (SMPTE). This annual scholarship is granted to an undergraduate or graduate student who is pursuing a career that contributes to the world of motion pictures and television.

Along with being awarded the scholarship, Lange was invited to attend the SMPTE Media Technology Summit that took place Oct. 24-27 in Hollywood, California. The summit concluded with the SMPTE Awards Gala, which honored the award-winners, including Lange.

The behind-the-scenes documentaries for The Hobbit movies captured Lange’s attention. “They taught me how much goes into the technical aspects of the films,” she said. “I want to be involved in making good stories.”

Lange’s passion for storytelling is what led her to the entertainment industry, to a student membership at SMPTE and to this scholarship.

To apply for the scholarship, Lange sent in her college transcript, a letter of recommendation from her academic advisor and an essay outlining her academic and extracurricular accomplishments. She has worked as a radio host for the university’s student-led radio station, joined the robotics team and performed on stage and served behind the scenes for the theatre department.

While still undecided on the exact direction she wants to take, Lange is excited to take her passion for storytelling and the entertainment industry to the next level.

Located in southwest Ohio, Cedarville University is an accredited, Christ-centered, Baptist institution with an enrollment of 5,082 undergraduate, graduate, and dual-enrolled high school students in more than 175 areas of study. Founded in 1887, Cedarville is one of the largest private universities in Ohio, recognized nationally for its authentic Christian community, rigorous academic programs, including its Bachelor of Science in Computer Engineering, high graduation and retention rates, accredited professional and health science offerings, and the #4 national ranking by the Wall Street Journal for student engagement. For more information about the University, visit cedarville.edu.