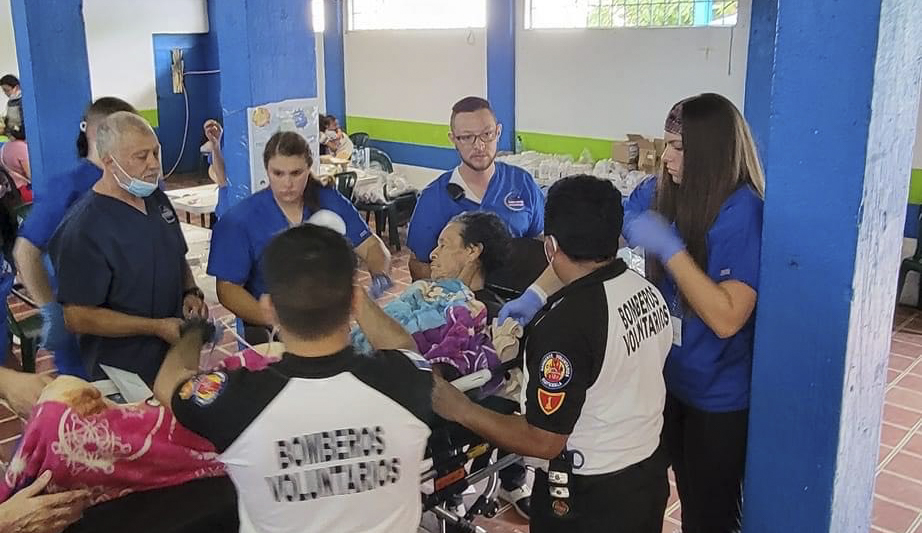 Weeks, from Wixom, Michigan, didn’t think she could go on a Global Outreach medical mission trip after experiencing complications in getting accepted each year she had applied. When she found out that assistant professor of nursing Michele Dodds and dean of nursing Angelia Mickle were taking a group of students to Guatemala, she couldn’t help but be hopeful.

“Sure enough, after one conversation with Prof. Dodds, I received an email confirming my acceptance,” said Weeks. “There were a lot of barriers for me to go on a trip like this, but God made it happen.”

As Weeks and her team were about to close the clinic one day, a man stumbled into their clinic with a severe machete injury to his left arm. With the nearest hospital more than an hour away, and with limited supplies at the clinic, Weeks applied a bandana as a tourniquet. From there, Weeks and her team began working on saving the man’s life with just two needles available to insert an IV. After one failed IV, Weeks felt some pressure to make her one-shot work. It did, and soon thereafter, the team understood the person needed more blood and immediate surgery.

"He was literally dying in front of our eyes.”

After 45 minutes of working with the man, it was obvious he was failing. His blood loss increased and, according to Weeks, “We checked his pulse and saw his heart rate was going down. His condition was grave.”

For another 45 minutes, Weeks kept the man conscious by tending to his wounds and recruiting fellow team members to pump more fluids into him and pray over him. One pastor shared the Gospel with him until the ambulance arrived.

“All through this ordeal, I really didn’t know that was happening,” said Weeks. “I mostly just heard a lot of Spanish.”

The man, along with his family, were loaded up into an ambulance. Weeks and her team stayed behind, not knowing if the man would survive.

“The next day, the man’s wife found me and let me know he survived,” said Weeks. “Her love and appreciation were so clear even with the language barrier.”

Later, Weeks’ trip coordinator communicated that the man had accepted Christ as his savior.

“It was amazing how much impact was made,” said Weeks. “By saving his earthly life, his spiritual life was saved, too.”

Located in southwest Ohio, Cedarville University is an accredited, Christ-centered, Baptist institution with an enrollment of 4,715 undergraduate, graduate, and online students in more than 150 areas of study. Founded in 1887, Cedarville is one of the largest private universities in Ohio, recognized nationally for its authentic Christian community, rigorous academic programs, including the Bachelor of Science in nursing, strong graduation and retention rates, accredited professional and health science offerings, and high student engagement ranking. For more information about the University, visit cedarville.edu.