For Sydney Mason, a Cedarville University junior studying studio art, her high school years were plagued by doubts about her faith until a brush with death led to a miracle. In 2018, as a high school sophomore, Mason’s church took a group of students on a mission trip to help build new dormitories at the Praise Valley Camp and Retreat Center in Saltillo, Mexico.

“I came into the trip with heavy doubts about Christianity,” said Mason. “I felt like I knew deep in my heart what was true, and I desperately wanted to believe wholeheartedly, but I had so many doubts about who Christ was and what being a believer encompassed.”

Three days after arriving in Mexico, Mason and the five other high school volunteers from Heath, Ohio were painting the outside of the new dormitory as men prepared to pour a concrete roof.

“I remember crouching down to paint a corner and then everything went black. When I opened my eyes, I was covered in blood.”

A cinder block, which had fallen two stories from the roof, had struck Mason in the back-left side of her skull. Before being rushed to the local clinic, Mason was surrounded by the group who immediately began praying, in Spanish and English, for her.

The clinic was generally understaffed, but on that day, Mason was able to be seen by a local doctor who stitched her wound.

“There was no clean water, so they could not even wash the blood out of my hair to see the injury. The nurses used iPhone flashlights so the doctor could put in five emergency stitches through my hair,” said Mason. “When I was back home, my doctor told me I should have needed over a dozen stitches for a scar that size, but those stitches held.”

Mason was then driven to the largest hospital in Saltillo, nearly two hours away, in order to check for potential brain injury.

Olga, the wife of the camp director, drove Mason to the hospital and later explained that the healthcare system in Mexico is confusing, even for locals. Instead of one central hospital, Mexican healthcare tends to have many smaller hospitals for specific people groups. As a result, Olga had no idea where to take Mason for treatment and prayed the entire way for direction.

“I remember the car slowing down at every fork in the road while Olga prayed for direction,” said Mason.

Mason was driven directly to the emergency room and was seen by a doctor within 10 minutes of arriving.

Miracle after miracle, Mason’s doctor told her she needed no more stitches and the bleeding had slowed. After an MRI, Mason was told she had none of the expected brain or skull damage. After telling her doctor that she was in Mexico on a mission trip, he chose to waive the visit fee- yet another miracle in light of the high cost of the medical bill.

The doctor prescribed Mason painkillers, even though throughout the entire experience she had felt no pain, and she even continued to work at the camp for the remainder of the trip.

“I woke up the next morning without any pain, not even a headache!” said Mason.

After arriving back in the United States, Mason went to see her primary care doctor, who informed her that she had no infection and that the wound would heal perfectly. In fact, Mason had no long-term brain or spine damage- a shock considering that if the block had hit even an inch differently, she could have been paralyzed, blinded or killed.

The experience is one that has had a long-term impact on Mason’s faith. 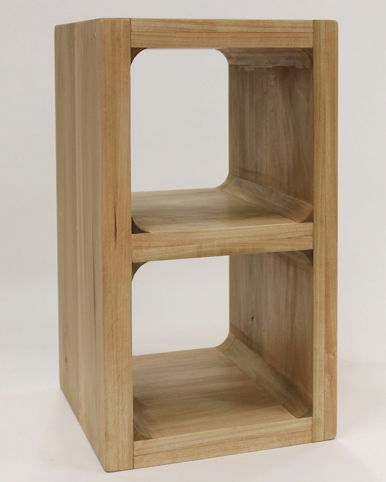 “Anytime I have doubts now I can just feel my scar and know I have a tangible reminder of God’s faithfulness,” said Mason. “In my season of doubt, he literally hit me on the head and said, ‘I am here, I am faithful, I am present.’”

As a studio art major at Cedarville, Mason used the experience for inspiration for her art. In her woodworking class, Mason chose to create a 2-by-1 wood sculpture of a cinder block.

“I named the piece ‘Gift of Grace,’” said Mason. “God took a rough material used for building and used it to smooth and perfect my relationship with him. I wanted to reflect that in my piece and let it serve as a testimony to his faithfulness in our periods of doubt.”

Located in southwest Ohio, Cedarville University is an accredited, Christ-centered, Baptist institution with an enrollment of 5,082 undergraduate, graduate, and dual enrolled high school students in more than 175 areas of study. Founded in 1887, Cedarville is one of the largest private universities in Ohio, recognized nationally for its authentic Christian community, rigorous academic programs, including the bachelors in studio arts, high graduation and retention rates, accredited professional and health science offerings, and the #4 national ranking by the Wall Street Journal for student engagement. For more information about the University, visit cedarville.edu.