On the surface, they were connected by their love of sports, particularly, basketball. But their relationship goes much deeper than coaching or playing a sport.

Coach Don Callan and Mark Womack share an intense bond that is centered around the Gospel of Jesus Christ, which they shared today on the Cedarville Stories Podcast. 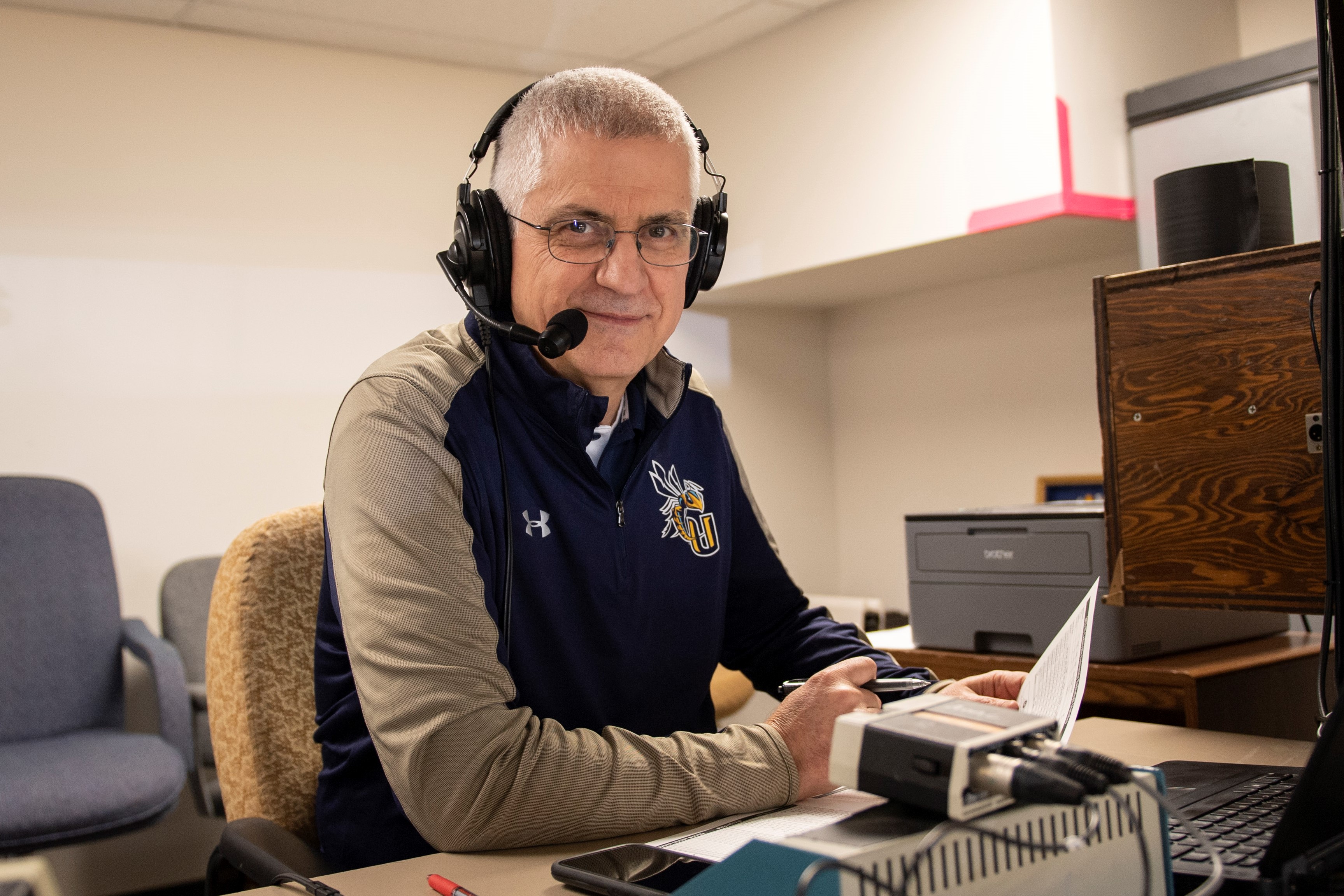 Don Callan became Cedarville’s men’s basketball coach in 1953, and he led the Yellow Jackets until his retirement in 1995. Along the way, he proved that he didn’t have to be the best coach on the sideline to get the most out of his players. What was important to Coach Callan was that he modeled, as best he could, his Savior, Jesus Christ.

Never was that more apparent than when Callan was presented with a mentoring opportunity that could change the trajectory of a Yellow Jacket basketball player. Kenny Rucker is arguably one of the best basketball players in the University’s history, but when the star player from Philadelphia shared some choice words with an official, Coach Callan had a decision to make.

First, he sat the young player on the bench for the rest of the game. But it was a late evening visit later that night to Kenny’s residence hall that set the tone for a meaningful relationship that continues to this day.

Coach Callan also turned the basketball world upside down in the final game played in the old Tyler Gymnasium. With the all-time leading scorer on the court, Callan selected Mark Womack to take the final shot in regulation of an NAIA District championship game.

It was a brilliant move for the coach.

Not only did Womack make the 16-foot jump shot, but that shot sent Cedarville to the NAIA national tournament. Oh, and it was the final shot made in Tyler before the program moved to its current venue that is appropriately named after Coach Don Callan.

In the end, basketball was a sport that brought Coach Callan and Mark Womack together. But it was their faith in Jesus that has led to a remarkable relationship to this day.