After months of research and trial and error, a Cedarville University professor created more than just a student-led research project, but a tangible product that will benefit athletes both at Cedarville and elsewhere. 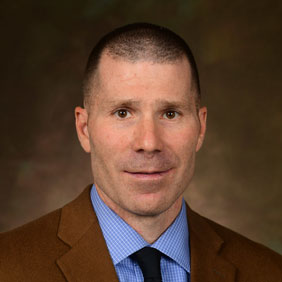 Assistant professor of kinesiology Dr. David Peterson and 2022 alumna Kaitlyn Tyms collaborated on a research project to determine the ideal grip width for a revolutionary new barbell designed for athletes with shoulder-related injuries. The barbell is now available for use in Cedarville University’s athletic center and for purchase online.

Peterson, an avid weightlifter, personal trainer and strength coach, was first inspired to design the new barbell while working with the Cedarville University women’s volleyball team, as several of the team members had shoulder-related injuries.

“A traditional straight bar places the hands into an unnatural position, which may be problematic for those with a shoulder-related injury,” said Peterson. “I wanted to find a way to target the chest musculature without placing an unnecessary amount of stress on the shoulders.”

Peterson designed a barbell, named the Commander Bar after his terminal rank in the U.S. Navy, with specialized handles that allows for a hand placement similar to dumbbells, without the bulk of most commercial multigrip bars. The bar can easily hold over 300 pounds, which is more than adequate for the average person.

Tyms, then an athletic training student, picked this study as her strength and conditioning class project and helped determine the exact measurements for the bar. Tyms’ work on this project ultimately culminated in the release of a peer-reviewed journal article that was published in the Journal of Scientific and Technical Research.  Assistant professor of mechanical engineering Dr. Luke Fredette also contributed to the project by creating the Computer Aided Design (CAD) file used in the development of the initial prototype.

“I really liked the collaboration involved in this project. Not only in having a student participate in a real-world research project but also creating something that could be used in weight rooms at Cedarville and elsewhere.”

The barbell is currently being produced and is already benefiting students in the Cedarville University Callan Athletic Center.

Those interested in purchasing the Commander Bar can contact Black Widow Training Gear at sales@blackwidowtg.com for more information.

Located in southwest Ohio, Cedarville University is an accredited, Christ-centered, Baptist institution with an enrollment of 5,082 undergraduate, graduate, and dual enrolled high school students in more than 175 areas of study. Founded in 1887, Cedarville is one of the largest private universities in Ohio, recognized nationally for its authentic Christian community, rigorous academic programs, including the Bachelor of Science in exercise science, high graduation and retention rates, accredited professional and health science offerings, and the #4 national ranking by the Wall Street Journal for student engagement. For more information about the University, visit  cedarville.edu.